Zachary J. Garceau is a former researcher at the New England Historic Genealogical Society. He joined the research staff after receiving a Master's degree in Historical Studies with a concentration in Public History from the University of Maryland-Baltimore County and a B.A. in history from the University of Rhode Island. He was a member of the Research Services team from 2014 to 2018, and now works as a technical writer. Zachary also works as a freelance writer, specializing in Rhode Island history, sports history, and French Canadian genealogy. View all posts by Zachary Garceau → 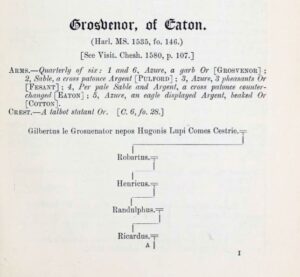 In July 1385, King Richard II of England led an army on an ultimately unsuccessful invasion of Scotland. While the invasion itself would play a role in British history, it was a chance meeting – beginning on the battlefield – that resulted in one of the first known trials involving heraldic law. In the end, the case of Scrope v. Grosvenor would result in major changes in how heraldry was interpreted. END_OF_DOCUMENT_TOKEN_TO_BE_REPLACED 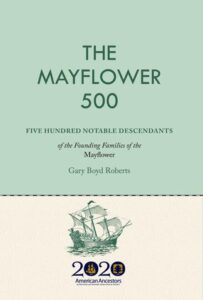 While perusing the lists of notable descendants recently published in Gary Boyd Roberts’ Mayflower 500: Five Hundred Notable Descendants of the Founding Fathers on the Mayflower, one name, James Vernon Taylor, immediately caught my eye. The music of James Taylor has always been special to me, which is why my wife and I chose “Sweet Baby James” as our first dance at our wedding three years ago. Perhaps my fondest memory, however, came when James was in the broadcast booth with Don Orsillo and Jerry Remy during the Boston Red Sox game promoting his newest song “Angels of Fenway.” In the middle of answering one of Don’s questions, James stopped mid-sentence to allow the audience at home to focus on the upcoming pitch, showing his dedication and knowledge as a baseball fan. END_OF_DOCUMENT_TOKEN_TO_BE_REPLACED

Sometimes, our ancestors were not the most creative people. This is particularly true when it came to naming new settlements. Throughout the history of the United States, many towns have been named after one of the following: a founder or influential early settler, a figure from American history (i.e., Washington, Franklin, Lincoln, Madison, etc.), or a famous foreign leader (Guilford, Vermont, and Fitzwilliam, New Hampshire). There are other methods for community-naming, including one which can be extremely helpful to genealogical researchers: reusing the name of a town in another state where many early settlers originated. END_OF_DOCUMENT_TOKEN_TO_BE_REPLACED

Founded in December 1788, Cincinnati has long been a city with a rich cultural heritage, forged largely from the influences of its significant immigrant populations. Situated at the junction of the Ohio and Licking Rivers, Cincinnati was viewed as a natural destination for immigrants who sought work in the city’s booming industries.

Initially, Cincinnati was settled largely by English and Scottish settlers who came westward from the east coast and north from Kentucky.[1] END_OF_DOCUMENT_TOKEN_TO_BE_REPLACED

One day, when searching through the town records of New Haven, Connecticut, I was struck by one of the entries. The writing appeared like nothing I had ever seen before. After asking others for their thoughts, we found that none of us had ever seen this form of writing before. After some research, I discovered that what I had found was notation written in Taylor Shorthand, a system of writing developed by Samuel Taylor in 1786, the first system of shorthand writing to be widely used across the English-speaking world.[1]

Shorthand has long been used as a method of notation, often when time or efficiency is imperative, and as a result, it often appears in court documents and meeting minutes. END_OF_DOCUMENT_TOKEN_TO_BE_REPLACED

Growing up in Westerly, Rhode Island, a town in which more than 30% of residents identify as having Italian ancestry, I was always surrounded by Italian culture.[1] To this day, many people from other towns are surprised to hear that my high school offered Italian language courses, a fairly uncommon option. Even fewer had heard of Soupy, the nickname for soppressata, the cured meat which originated in Calabria that hangs in the basements and attics of Westerly residents during certain times of the year. (The meat curing process requires outdoor temperatures of 45 to 55 degrees Fahrenheit.)[2] END_OF_DOCUMENT_TOKEN_TO_BE_REPLACED

It is a situation nearly everyone who has done any degree of genealogical research has encountered before. Upon locating information on one of your ancestors and doing some simple subtraction, the result just seems too unlikely.

Most astute researchers will dismiss these claims and move on to finding some proof of birth or death to debunk this incredibly unlikely scenario. For now, the oldest verified person who ever lived was Jeanne Calment, a French woman who died in 1997 at the age of 122.[1] END_OF_DOCUMENT_TOKEN_TO_BE_REPLACED

On 31 May 1619 John Shipway, the son of John Shipway, was baptized in Charfield in  Gloucestershire.[1] Or so it the record shows. However, in 1897, this record was found to be part of an elaborate fraud which ultimately resulted in the desecration of several historical relics, one unfortunate death, and a three-year prison sentence for its perpetrator. END_OF_DOCUMENT_TOKEN_TO_BE_REPLACED

On 5 May 1871, Andy Leonard stepped up to home plate at Olympics Grounds in Washington, D.C. Few realized it at the time, but the second baseman of the Washington Olympics was about to make history.

Andrew Jackson “Andy” Leonard was born on 1 June 1846 in County Cavan, Ireland, to Andrew and Ann (Leddy) Leonard.[1] At the age of 2, Andy traveled to America with his parents to escape the Potato Famine.[2] The family settled in Newark, New Jersey, where, from a young age, Leonard began exhibiting a talent for baseball. Beginning in 1864, Andy began a five-year stint playing amateur baseball for teams in the New York metropolitan area before moving to Cincinnati.[3] In 1869, Leonard made history for the first time by joining the 1869 Cincinnati Red Stockings, the first fully professional baseball team.[4] Leonard was paid $800 for his first season, which lasted from 15 March to 15 November.[5] He remained with the Red Stockings through the 1870 season. END_OF_DOCUMENT_TOKEN_TO_BE_REPLACED

Over the course of many years exploring the history of my family, one man has always eluded me. His name was Andrew Taylor Tompkins, and he was my great-great-great-great-grandfather. Many of the facts of Andrew’s early life are known with certainty. He was born 17 February 1808 in Little Compton, Rhode Island, to Uriah Tompkins and Mary Taylor.[1] Andrew married Harriet Arnold Dillingham, the daughter of Captain Edward Dillingham (a descendant of Edward Dillingham, one of the early founders of Sandwich, Massachusetts) and Susannah Sherman, on 20 August 1834 in New Bedford, Massachusetts.[2] Andrew and Harriet had five children, the first of whom was Ellen Hughes (Tompkins) Luther, my ancestor. END_OF_DOCUMENT_TOKEN_TO_BE_REPLACED