Chris Child has worked for various departments at NEHGS since 1997 and became a full-time employee in July 2003. He has been a member of NEHGS since the age of eleven. He has written several articles in American Ancestors, The New England Historical and Genealogical Register, and The Mayflower Descendant. He is the co-editor of The Ancestry of Catherine Middleton (NEHGS, 2011), co-author of The Descendants of Judge John Lowell of Newburyport, Massachusetts (Newbury Street Press, 2011) and Ancestors and Descendants of George Rufus and Alice Nelson Pratt (Newbury Street Press, 2013), and author of The Nelson Family of Rowley, Massachusetts (Newbury Street Press, 2014). Chris holds a B.A. in history from Drew University in Madison, New Jersey. View all posts by Christopher C. Child →

Robert Gould “Bob” Shaw, a longtime staff member at NEHGS, passed away last month at the age of 82. Bob had worked in several positions at NEHGS, including associate editor of our magazine NEXUS, assistant editor of our magazines New England Ancestors and American Ancestors, and for many years as archives assistant in the R. Stanton Avery Special Collections. Bob was also interested in his own genealogy; an amusing anecdote arose when a member asked what Shaw family he descended from, and Bob replied “the right one.” END_OF_DOCUMENT_TOKEN_TO_BE_REPLACED 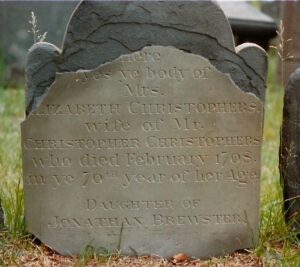 An occasional series in The American Genealogist (TAG) is called “Enigmas,” which often concern clues or possible kinships that are not entirely proven, with varying levels of uncertainty. A recent comment on my post about Christopher Christophers recalled me to one such enigma – Hannah, wife of Daniel2 Geer (ca. 1673-1749) of Preston, Connecticut. END_OF_DOCUMENT_TOKEN_TO_BE_REPLACED

Throughout my childhood, I was frequently asked if I was related to the famous chef Julia Child. Until I was in high school, my family had a summer home in Chilmark on Martha’s Vineyard. Our driveway from the main road, which was out of sight of the house, had an unassuming white sign saying “Child” and a similarly identified mailbox. While we lived there, my father learned that tour buses would occasionally claim that our home was that of Julia Child and her husband Paul, who had a house somewhere else on the island! END_OF_DOCUMENT_TOKEN_TO_BE_REPLACED 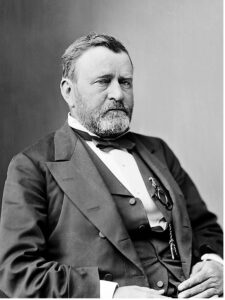 The most authentic source on the matter was the president’s father, Jesse Root Grant (1794-1873), who wrote a serial column in the New York Ledger on “Early Life of Gen. Grant.” END_OF_DOCUMENT_TOKEN_TO_BE_REPLACED

Elliott’s findagrave entry was fixed right away and now notes “He had no middle name, so any requests to add such will be declined.” One Wikipedia editor attempted to correct the error, although there was some initial pushback, citing that the middle name was included in the Encyclopedia of the Theodore Roosevelt Center, which I had not noted in my previous post. END_OF_DOCUMENT_TOKEN_TO_BE_REPLACED 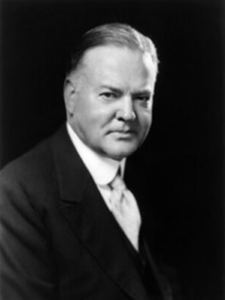 Okay, so despite my earlier claims, I did end up looking at the 1950 census on day one. Of my twelve living ancestors, I found seven immediately upon searching, and another two after browsing their specific town of residence; I was unsuccessful in locating the remaining three (one couple, one widow) after browsing their towns, both of which had several addresses listed “not at home.” All in all, I spent about twenty minutes looking for ancestors. Overall, I am impressed with the advances of OCR technology giving genealogists a much better start this time around than ten years earlier. END_OF_DOCUMENT_TOKEN_TO_BE_REPLACED 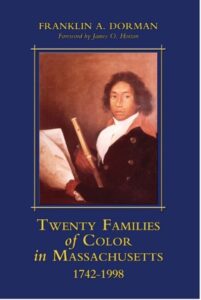 A genealogist’s mind can wander infinitely. The inspiration for this post was recent news stories regarding text messages from the wife of Supreme Court Justice Clarence Thomas; an odd place to start for sure. Where did I go from there?

Twenty-four years ago, NEHGS published Twenty Families of Color in Massachusetts, 1742-1998 by Franklin A. Dorman. I have written about families treated here before, including the family of civil rights activist William Monroe Trotter. END_OF_DOCUMENT_TOKEN_TO_BE_REPLACED

In my recent post on the Round family of Swansea, Massachusetts, I noted that the forename of my ancestor Renew (Carpenter) Round, was frequently repeated (or renewed). Renew was named for her paternal grandmother, Renew (Weeks) Carpenter, who died in 1703, and was buried in a part of Swansea that is now in Barrington, Rhode Island. She was “Renew the first,” and after my last post I learned from Nathaniel Lane Taylor, editor of The American Genealogist, that her footstone has a story of its own. END_OF_DOCUMENT_TOKEN_TO_BE_REPLACED

Okay, I know the title of this post is not going to be popular amongst many of our readers. My original title contained at least one curse word! It’s not that I do not care about the 1950 census, it’s more of an overall appreciation of how many more records are now available at our fingertips, as well as the rise, and partial fall, of the U.S. census as a go-to resource in genealogy. END_OF_DOCUMENT_TOKEN_TO_BE_REPLACED

Following up on my earlier post on the Roosevelt family, I noted that Presidents Theodore and Franklin Roosevelt’s kinship by marriage was the closer way they connected, as their closest kinship by blood was that of fifth cousins. (Their last common Roosevelt ancestors in New York City were in the early eighteenth century.) END_OF_DOCUMENT_TOKEN_TO_BE_REPLACED