After covering Wall St for almost 40 years, Bill Griffeth became CNBC’s Anchor-At-Large when he retired from day-to-day anchoring duties in December 2019. During his career he was nominated for six Cable ACE awards as Best News Anchor and for one Emmy for Best Documentary. Bill is the author of several books, including The Stranger in My Genes and By Faith Alone: My Family’s Epic History, both published by NEHGS. Next year, Audible will bring out his next book, Have At It, Sister, as an Audible True Crime Original. In the meantime, he is currently working on a sequel to The Stranger in My Genes. Bill is a former NEHGS trustee. View all posts by Bill Griffeth → 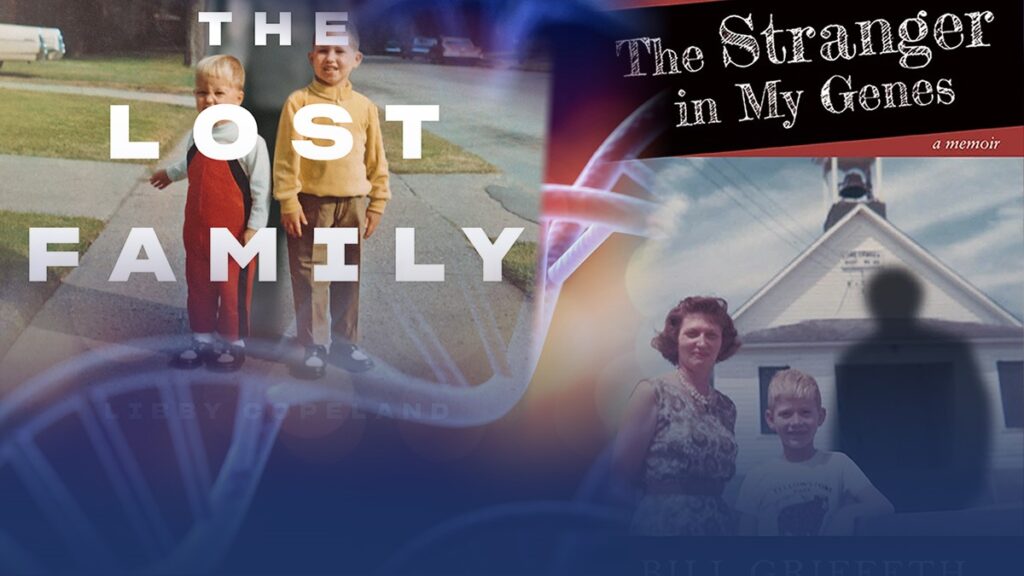 Bill Griffeth: It has been eight years since I took the DNA test that changed my life. The test that told me the father who raised me wasn’t my biological father, that my devoutly Christian mother had strayed in her marriage and was human after all. And to my surprise I learned that I was not alone. Not by a long shot. END_OF_DOCUMENT_TOKEN_TO_BE_REPLACED

Several weeks ago I received an email from an acquaintance of mine, a man I will describe only as a prominent African American personality. Let’s call him Alex. He emailed to say he had read my book, The Stranger in My Genes, and he wanted to discuss something with me. Privately.

My book, published by NEHGS, tells the story of a DNA test I took to help a cousin with his genealogical research. The results were shocking. They revealed that my father was not my father. Since it was released in September of 2016, I have heard from dozens of people – friends and strangers – who have had similar experiences. I assumed Alex was only the latest. END_OF_DOCUMENT_TOKEN_TO_BE_REPLACED

The rustic handmade sign above the door said “Ye ol’ Genealogical Research Center Library and Museum.” The letters were in Old English style. They were painted yellow over a green background, and they perfectly captured the upbeat, cheery nature of my friend Tom.

“Step in,” he urged me. I walked through the door and into his study. This was where he had spent the first fifteen years of his retirement researching his family’s history. Even before I entered the room, I knew what I would see, and I didn’t like it. END_OF_DOCUMENT_TOKEN_TO_BE_REPLACED

When I was writing my new book, The Stranger in My Genes – about the DNA test I took that shockingly suggested my father wasn’t really my father – I thought my story was unusual, if not unique. Boy, was I wrong.

After the ebook version was released on August 23, I almost immediately heard from several friends who told me about people they knew with similar stories.

There was the one about the man who received a DNA testing kit for Christmas one year, and – long story short – discovered a daughter he didn’t know he had. Merry Christmas. END_OF_DOCUMENT_TOKEN_TO_BE_REPLACED