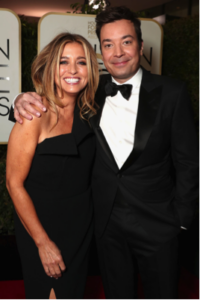 A few months ago, I wrote a post on the Mayflower descents of Breaking Bad star Aaron Paul and The Tonight Show starring Jimmy Fallon announcer Steve Higgins. Fairly soon after that post, I got an interesting e-mail from Paula Petry of New Mexico, whose son Ben Petry played Jake Pinkman, brother of Aaron Paul’s Jesse Pinkman, on Breaking Bad. She let me know that her son Ben, through her husband’s ancestry, was also a Mayflower descendant, and that a few months prior, she had done done some genealogical research and connected back with Mayflower passengers Stephen Hopkins and his daughter Constance, William and Mary Brewster, and Thomas Rogers and his son Joseph.

As we corresponded Paula told me that her husband’s Hopkins line had been submitted by the New Mexico Mayflower Society historian for final approval in Plymouth (they’ve got a big backlog). Using our own Mayflower Families Fifth Generation Database, I was also able to find a second Stephen Hopkins descent (through Stephen’s son Giles, also a passenger), as well as a descent from passengers John and Joan Tilley, their daughter Elizabeth, and her eventual husband John Howland. The chart below outlines these descents from five Mayflower families through eleven passengers.

My prior post also related to Steve Higgins. Steve Higgins and Ben Petry are distantly related through their shared Higgins ancestors. During our recent self-isolation, I have enjoyed watching The Tonight Show: At Home Edition, now created at Jimmy Fallon’s home in Long Island, with his wife as a camera operator and their daughters making special appearances. An episode featuring Fallon on camera with his wife, film producer Nancy Juvonen, walking together and discussing her upbringing (born in Connecticut, raised in northern California) prompted me to check out her family tree.

I was able to trace her back to Mayflower passenger Edward Doty. This lineage below goes from New England, via Chicago, to the West Coast. Noah Scranton (1744-1823) of Madison, Connecticut, is described in the 1855 Scranton genealogy as having “made a voyage round the globe in his youth, so report says.” His son Noah Scranton (b. 1794) is described as a pump and blockmaker who lived in New York City. (His wife Betsey Reeves was a native of River Head, Long Island.) This couple moved the family to Chicago, where the family lived for several generations. Noah’s great-great-grandson David Flett Morris (b. 1917) moved to Washington State.

As I am also self-isolating and working from home, I no longer have the software at hand to make charts like the one above, so many of my charts in the future will be in a somewhat cruder format.