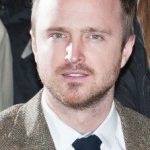 As we head into 2020 with the 400th anniversary of the Mayflower voyage, I’ll likely be posting more and more on various figures with Mayflower heritage, as I have already this year with Denise Nickerson and Terry Kiser. As is most often the case (except in my own), usually one Mayflower line leads to another, then another, etc., since members of these families often married one another.

After watching the Netflix original movie El Camino: A Breaking Bad Movie, which focuses on the character Jesse Pinkman, I took a look on the ancestry of actor Aaron Paul, who portrays Jesse. As various biographies report, Aaron Paul Sturtevant was born in Emmett, Idaho on 27 August 1979, the son of Robert Lee and Darla (Haynes) Sturtevant. While the actor goes by his middle name (in part due to casting directors stumbling over “Sturtevant”), I recognized that surname as usually going back to colonial Plymouth.

Samuel Sturtevant first appears in Plymouth Colony on 3 May 1642 in a court case which refers to a business deal with Mayflower passenger Edward Doty over the 1641 corn harvest. Mentioned in several Plymouth records throughout the 1640s, ‘50s, and ‘60s, he died at Plymouth on 16 October 1669. While not a Mayflower passenger, many descendants of Samuel Sturtevant will also have Mayflower lineage. He had nine children, two of whom married descendants of passenger Richard Warren. 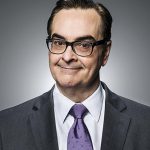 As an additional related piece, six years ago, Late Night with Jimmy Fallon had an entertaining segment called Joking Bad, in homage to the Breaking Bad series, and both Aaron Paul and Bryan Cranston had cameos. Aaron Paul’s Jesse character was parodied by Fallon’s announcer, actor and comedian Steve Higgins. Higgins, like Sturtevant, is another name that goes back to colonial Plymouth. Again, while not the on the Mayflower, the immigrant Richard Higgins, who arrived in Plymouth by 1632 and moved to Eastham in 1645, has many descendants with Mayflower lineage. Stephen Eugene12 Higgins (Harold Richard11, Tyler Joel10, Joel Mansfield9, Jonathan8, Shaw7, David6, Moses4, Richard3, Benjamin2, Richard1), a native of Iowa, was the great-great-great-grandson of Jonathan Higgins (1794–1857) who moved from Maine to Iowa, and whose parents, first cousins Shaw and Eunice (Higgins) Higgins, were born in Eastham, Massachusetts. Steve Higgins has descents from Mayflower passengers Stephen Hopkins (twice through his children Constance and Giles, who were also passengers) and William and Mary Brewster (at least once, probably twice). 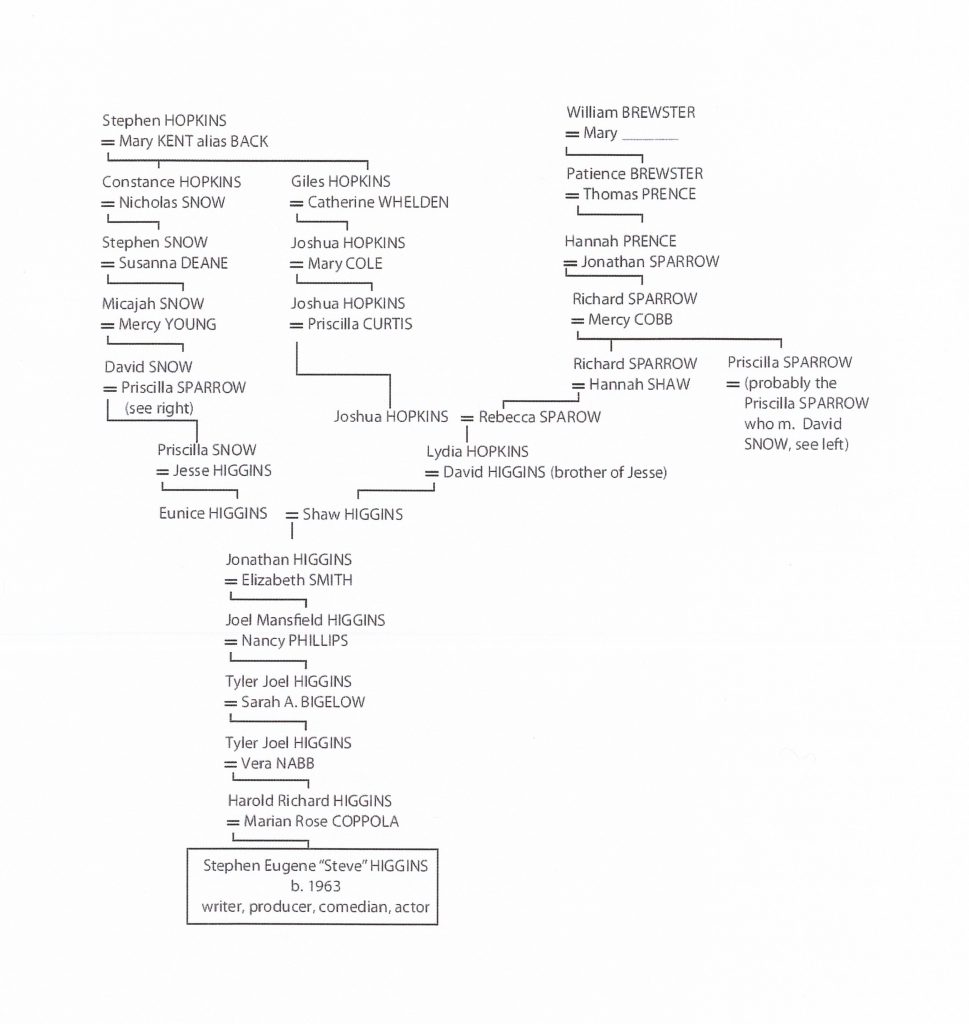 [1] The family had moved westward from Massachusetts to Vermont to Wisconsin to South Dakota to Idaho.