Scott C. Steward has been NEHGS’ Editor-in-Chief since 2013. He is the author, co-author, or editor of genealogies of the Ayer, Le Roy, Lowell, Saltonstall, Thorndike, and Winthrop families. His articles have appeared in The New England Historical and Genealogical Register, NEXUS, New England Ancestors, American Ancestors, and The Pennsylvania Genealogical Magazine, and he has written book reviews for the Register, The New York Genealogical and Biographical Record, and the National Genealogical Society Quarterly. View all posts by Scott C. Steward →

At an earlier stage in my research, I was surprised to find my great-great-grandmother living in Phoenix in the household of one of her younger sons;[3] indeed, this sojourn proved to be brief – but long enough for Jennie Jackson to appear in the 1920 census, far from her residence in New York. END_OF_DOCUMENT_TOKEN_TO_BE_REPLACED

My great-grandfather was a man of few words, at times, as when he made his sole reference to a new office: “Elected to the [Norfolk] City Council tonight.”[1] A more typical effusion occurs nine days later, when he notes the “Early cabbage [is] looking good.”[2]

3 May: Went with Hotel Ass[ociatio]n to Cape Henry[3] for Oyster Roast.

8 May: After supper tonight the whole family[4] went to the strawberry patch and picked berries for breakfast. Had a mighty happy time. END_OF_DOCUMENT_TOKEN_TO_BE_REPLACED

By 1917, my great-grandfather’s farm in Princess Anne County, Virginia, was up and running, with actual profits registered. The weather remained a preoccupation: 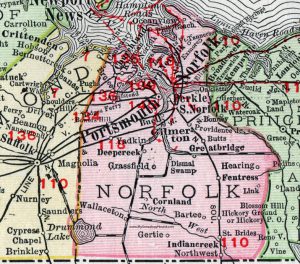 I have a vivid memory as a boy of the time my mother’s father showed me a healed wound in his leg. While he was a decorated veteran of the Second World War, with the Purple Heart (among other medals) to show for it, this scar – deep enough for a child probe with a finger – came from a shooting accident when he was not much older than I. The idea that my grandfather had ever been an unruly boy – his childhood inconceivably remote in the early 1970s – fascinated me, and, anyway, boys love the squeamish and the gross: this evidence of time’s passage, long-healed, formed a Proustian memory, sending me back to a hot summer’s day and a moment’s connection with my beloved grandfather. END_OF_DOCUMENT_TOKEN_TO_BE_REPLACED

Of my four grandparents, it is my maternal grandfather[1] whose background seems most mysterious. He and his parents duly appear in Norfolk (Virginia) city directories and censuses, but much of the personal – the quirks and the quotidian – seems missing from the life he led before he won an appointment to the U.S. Naval Academy in 1919.

His father, J. Frank Bell (John Francis Bell, 1878–1944), has, if anything, been more of a cipher. It was his father, also John Francis Bell (1839–1905), who appears out of thin air, hailing from Isle of Wight County and establishing himself as a contractor in Richmond. Frank Bell went south to Norfolk, where he met and married my great-grandmother, Minnie Estelle Jackson (1876–1935). Frank Bell seems as solid as Estelle’s father, the roguish O.D. Jackson, proved transient, and he became a leading figure in Norfolk, managing hotels, winning election to the City Council, and helping to found the Rotary Club. END_OF_DOCUMENT_TOKEN_TO_BE_REPLACED

The birth of the newest member of the British royal family affords the chance to review all of young Archie Mountbatten-Windsor’s ancestry – from his paternal ancestors, well-covered in a range of sources, to his maternal forebears in America, about whom much remains to be learned. In the following ancestor table, Christopher C. Child and I have used some recent sources on the British royal family for Archie’s paternal grandfather’s family; Richard Evans’s The Ancestry of Diana, Princess of Wales (with some updates published at Vita Brevis) and Burke’s Peerage for the baby’s paternal grandmother’s ancestors; and a variety of sources for the family of Archie’s mother, the Duchess of Sussex.

As British titles and honours can affect the name or title used at various stages in a person’s life, they are given in the table below, along with a separate glossary. END_OF_DOCUMENT_TOKEN_TO_BE_REPLACED

During the First World War, the rulers of Germany and Great Britain were first cousins – and King George V of Great Britain had no agreed-upon surname. Whatever the family name was, it was German. This situation led to a wholesale renaming of the royal family (as the House of Windsor) and the ceding of assorted German titles for equivalents in the British peerage system. END_OF_DOCUMENT_TOKEN_TO_BE_REPLACED

Following up on Patty Vitale’s recent post on her Uncle Dominic’s war photography, I can offer another take: photos created by Private Richard Bowers Oliver (1913–1985) at Camp Wheeler near Macon, Georgia, during the Second World War.

Oliver seems to have been the camp’s official photographer, a member of the Public Relations Office.[1] While much of his work covered the camp’s daily life, there were occasional celebrities to be seen, as when Cab Calloway (1907–1994) paid Camp Wheeler a visit. END_OF_DOCUMENT_TOKEN_TO_BE_REPLACED

She was once a by-word for her beauty, with “a curious kind of popularity, more like that of a French princess in her hereditary province, in whom her people claimed a sort of ownership, than the simple admiration of republicans for a fair being highly favored of fortune. If a child had a pet kitten or a bird of remarkable beauty, it was fondly named ‘Sallie Ward.’ If a farmer rejoiced in the possession of a young lamb or heifer which he wanted to praise to the utmost degree of comparison, he would recommend it as ‘a perfect “Sallie Ward.”’ She was the ideal of all that was pure, and sacred to young people who saw her only at a distance in her father’s carriage, or walking, attended, or at church.”[1]

Sallie Ward Lawrence Hunt Armstrong Downs,[2] to give her her full array of names, was one of the most famous of the antebellum belles, the prototype of a beauty that, a generation later, would be captured by the still and then the moving picture camera. END_OF_DOCUMENT_TOKEN_TO_BE_REPLACED 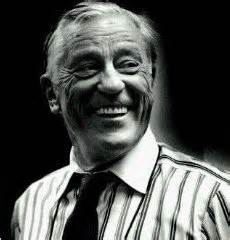 It’s always interesting when research projects overlap – and in unexpected ways. In working on a new genealogy of the Samuel Lawrence family of Groton, Massachusetts, I’ve encountered a man I covered in my 2013 book on the descendants of Nathaniel Saltonstall of Haverhill, Massachusetts. What makes the resonance even greater is that earlier members of both the Whitney and Saltonstall families appear in the Regina Shober Gray diary, and there is even a marriage between a Saltonstall cousin and one of Mrs. Gray’s sons. END_OF_DOCUMENT_TOKEN_TO_BE_REPLACED