The following example concerns the family of Ebenezer Read, “Jr.” of Uxbridge, Massachusetts. He was the son of Ebenezer and Sarah (Chapin) Read, and was born 27 February 1711 in Mendon, probably in the part that became Uxbridge in 1727. Ebenezer “Jr.” first married Esther Webb at Braintree on 26 January 1736/7; she died shortly afterward. He then married Hannah Torrey (intentions published at Uxbridge 23 December 1738). The transcribed Vital Records of Uxbridge show Ebenezer and Hannah with the following three children, which immediately set off alarms:[1]

The dates of birth given for Esther and Benjamin are only five months apart, which is of course impossible. Uxbridge church records showed baptisms for Benjamin on 27 January 1739/40 and Ebenezer on 30 August 1741, although no baptism for Esther, who was probably named after Ebenezer’s first wife. The original record of the family shown above clearly lists Esther with a birth in 1739, although she is last. This can’t work!

Fortunately (for me), Ebenezer Read died when his children were still young. He died at Uxbridge on 7 December 1744. As Ebenezer had largely used the suffix “Jr.,” this death date has often been misattributed to his father, who had already died a few years earlier, as his probate administration began on 3 February 1742/3, at which point the younger Ebenezer no longer used a suffix. The probate for the younger Ebenezer (husband of Hannah and father of the three children above), began on 25 December 1744, but as his three children were all minors, much of his land was not partitioned until the 1760s when they reached their majority, although these documents did not address the issue of Esther or Benjamin’s age.

The key documents were the children’s guardianship records. On 2 October 1759, Benjamin was described as about nineteen years of age and Esther as about sixteen years of age. The same document recalls that their brother Ebenezer in September 1755 was then about fourteen years of age. Those ages work perfectly for the birthdates above of Benjamin and Ebenezer, but the age does not work for Esther! If Esther was sixteen years old and was born on the same day and month above, she was born on 24 August 1743, and explains why she was last on the original birth register above. 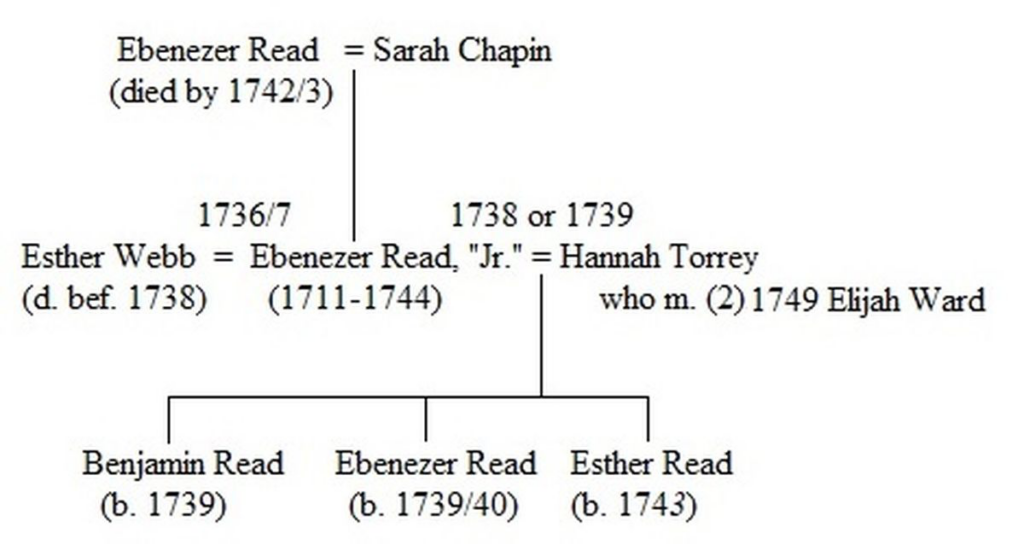 All in all, this correction was not a huge deal, but another reminder that contemporary records can be wrong, and paying attention to all the children of a couple allows you to see when the birth dates taken together do not work.

8 thoughts on “This can’t work”