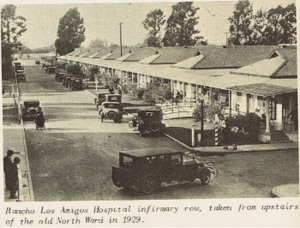 There was no mention of Emily. No mention of her in any yellowed letters or penciled-in pedigrees, or in any “clippings” of scandal or gossip. Indeed, the only snippet of her was as a young girl “with ague” found among census records. There she was, “Emily A. Ginder” in 1870, and 1880 again, living in the household of my great-great-grandparents Jacob and Martha (Lacy) Ginder. Yet there wasn’t the slightest clue as to who Emily was, or what had become of her. There seemed to be no further trace of Emily Ginder. Surely she’d married early on or, as we genealogical types like to say when we don’t have the answer, she simply ‘died young.’

Growing up, any knowledge of my Ginder family had been lost to time. My great-grandmother, Mary (Ginder) Sage, died thirty years before I was born, and clues about her family were minimal. Any facts about the family had seemingly died with her, and those that remained were shrouded in ignorance and mystery. The only “clues” were in the recollections of Mary’s youngest daughter, my grandmother “Nana,” who scarcely remembered anything at all after so many years passed.

It wasn’t that I didn’t ask: “Nana, did you ever know any of your mother’s family?” It was a question met with non-answers, only the tilt of her head and the puff of a bitter cigarette to match her faraway recollections. It wasn’t that she didn’t try to remember; she just didn’t know. She thought she remembered a woman called Aunt Jenny, but wasn’t sure. Jenny, who’d come to visit once when she was a young girl. Still, she had no memory of any other Ginder aunt or uncle, cousin, grandparent, or ‘shirttail’ relative ever being met or discussed. There was certainly no mention of an Emily Ginder.

The years went by and genealogy overtook me. I started to focus on my great-grandmother Mary’s parents Jacob and Martha, and Mary’s little-known siblings. After a while, I was able to discern that “Aunt Jenny” was actually Mary’s older sister “Martha Jane,” an aunt who was enumerated as both “Martha” and “Jane,” but who for whatever reason preferred to be called “Jenny.”[1] My grandmother’s memory had given me my starting point without even knowing it. Indeed, how many of us have started out on our genealogical searches based on the desire to validate the recollections of a loved one? I wanted to know more. 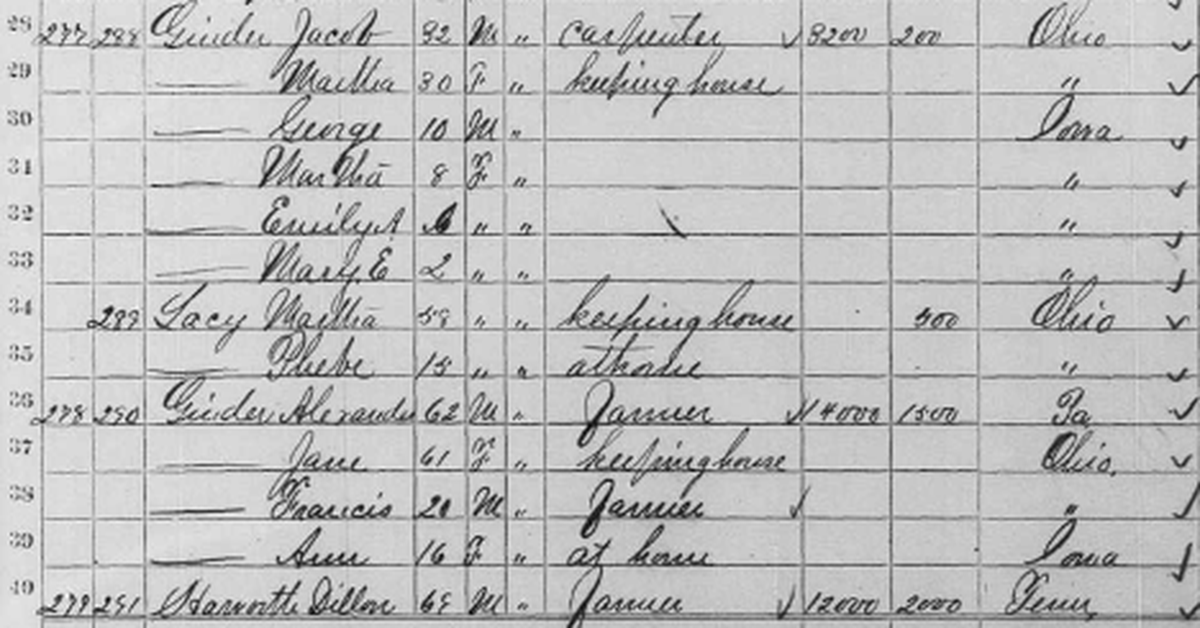 Curious about Jacob and Martha’s other children, I went sleuthing. Therein, I met with some success in “figuring out” their lives. I tracked “Uncle George” in his seemingly solitary life to a pioneer cemetery in coastal Oregon, where he rests near his parents Jacob and Martha.[2] I looked at “the girls,” Aunts Minnie and Margaret, and noted Minnie’s life filled with six children of her own and her notable mention in a local Oregon county biography.[3]  I was able to follow Aunt Margaret’s journey to Southern California in the late 1920s.[4] Still, there was never any mention of Emily.

I couldn’t find a trace of her anywhere.

However, as I went through the records I glimpsed a trend in the names of my great-grandmother’s sisters. I noticed that all the Ginder girls (with the exception of my great-grandmother) went by some other name. For instance, after discovering that Aunt Jenny’s true name was Martha, I saw that “Aunt Minnie” wasn’t really “Aunt Minerva” (as one might have thought), but was actually “Aunt Frances”; her middle name “Arminna” had morphed into the diminutive “Minnie.” And while “Aunt Margaret’s” name became an informal “Maggie,” it all still underlined the trend that the names of the “aunts” were not necessarily their own. So what about the last aunt, Emily? In this regard, I guess Emily had been staring me in the face all along.

I’m a big believer in “genealogical serendipity,” and I’m grateful to Scott C. Steward for allowing this to be a category for some of the posts here on Vita Brevis. While I know that some of the discoveries we find can be called “aha” moments, many are just (in my case) more akin to huge “duh” moments. It’s interesting that the research rules I thought I’d practiced or put into place with regard to one family line could be so quickly forgotten with regard to the next. And, yes, please, in my usual fashion, I know I digress. Indeed, what’s any of this got to do with poor Emily?

Now, I realize that I’m not the first family history rocket scientist to figure out that census records are a menu of people referred to by their middle names, surnames, initials, or nicknames. I’m much like the rest of us here who’ve stared at a census record trying to figure out why a name doesn’t make any sense, won’t fit, or chalking up a particular family member to “they simply ‘died young.’” Indeed, that’s what I’d done in looking at poor Emily. I had inadvertently marginalized Emily’s identity to compensate for my lack of research skills. After all, wasn’t she “just” the same young girl listed with “the ague?” I very much needed that aha! moment for Aunt Emily. Heck, I’d even take a good “duh.”

The family history gods were not appeased with my blasé attitude toward Aunt Emily. Ironically, her near-invisible existence demanded attention, perhaps too tragic to be ignored. Not really knowing where else to turn, I decided to look away from Emily, and focus back on her parents Jacob Ginder and Martha Lacy. I wanted to see if any of their other children had been married at Holt County, Nebraska, in the 1880s, and if Jacob and Martha had been named in the marriage records. I reasoned that if my great-grandmother Mary was married in Holt County, there was a chance her “next eldest” sister might have a matrimonial connection to Holt County, too. That’s when my aha moment landed for Aunt Emily. It turns out that “Emily” wasn’t “Aunt Emily” after all. For whatever reason, she’d either been enumerated incorrectly over the years or chosen instead, like her sisters, to be called something else. Allow me to introduce you to “the ‘last’ aunt,” Miss “Emma” Ginder.

Emma’s name and identity were confirmed on her marriage record on 4 July 1885 in Holt County to Oliver L. Anderson. The record names her parents, “Jacob Ginder and Martha Lacy,” whom we know were in Holt County, based on their appearance in the marriage license for Emma’s younger sister, my great-grandmother Mary (Ginder) Sage. Indeed, there had never been anyone named “Emily,” after all.

It seems like the case of “the ‘last’ aunt” has yet to come to a close. While I’ve been filling in those pesky blanks about my newly minted “Aunt Emma,” the information is somewhat bittersweet. After their marriage, Emma and husband Oliver migrated to San Francisco in the late 1880s. They had one child, a son Frank, and lived there for quite a while before apparent health reasons took them to Los Angeles. Emma’s husband Oliver died from tuberculosis in 1923. Sadly, after Oliver’s death Emma became somewhat indigent and a resident of Rancho los Amigos – the county’s “poor farm.”  It’s now a defunct place haunted by rumors of ghosts in a town that doesn’t exist anymore.[5] Old, alone, and seemingly away from any family at all, here is where Emma (Ginder) Anderson, “the ‘last’ aunt,” died in 1937 from heart disease.

However, Aunt Emma’s story does live on. The Ginder family’s ability to morph their names into names of choice appears to have (for untold reasons) become something of a tradition. There’s an interesting “next chapter” in the life of Emma’s son Frank Anderson. You see, Frank is one of the few people I’ve ever researched whose name on his death certificate is not the same name on his gravestone. Say what?? Like Emma, perhaps it’s just another case of someone lost in the records or a mistaken or hidden identity. In any event, Emma’s keeping it a secret. The last story of the last aunt remains to be told.

[5] Rancho los Amigos was built in Hondo, California, a town since absorbed by the City of Downey. The original county poor farm was built in the 1880s but abandoned by the 1980s. See Thomas Harlander, “Take a Look Inside Downey’s Creepy Abandoned Asylum,” Los Angeles Magazine, 16 September 2015.