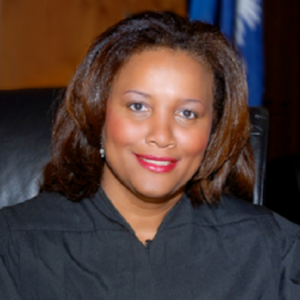 I’ve gotten a handful of messages recently asking if I have any relationship to U.S. District Judge Julianna Michelle Childs, who is among those President Joe Biden is considering for nomination to the United States Supreme Court. I’ll point out first that her surname is Childs and not Child, but I noted recently how adding an s to my surname was not entirely uncommon. Are we related? Probably not, but I traced her African American Childs/Chiles ancestry nonetheless!

I was able to trace Judge Childs’ patrilineal ancestry back seven generations to Willis and Ann(a) (Johnson) Chiles, who are enumerated in the 1870 census in Frankfort, Franklin County, Kentucky, aged 70 and 53. As Kentucky was a slave state until the end of the Civil War, the first two generations below were likely still enslaved until 1865, and are not found in the 1860 Census.

The earliest generations also use the spelling of Chiles, although I could not find any slaveowners with the surname Chiles or Childs in Franklin County in the 1850 and 1860 federal census slave schedules. If the Chiles surname was a result of Willis or his ancestors being owned by a family of the surname, the likely white family would probably be descendants of Lt. Col. Walter Chiles (d. 1653), an early Virginia merchant who was the 8th Speaker of the House of Burgesses (and not my ancestor).

Of note are three generations in Judge Childs’ ancestry served in three major American wars from the Civil War through World War II. The lineage below should be considered preliminary, as other records may lead to corrections or additions, and perhaps inspire other readers to trace additional portions of the judge’s ancestry.

2. Edward Chiles/Charles was born in Franklin County, Kentucky 22 April 1847 and died at Frankfort 13 December 1918. During the Civil War, Edward served in Company G of the 119th Regiment, United States Colored Infantry; he was granted a federal pension for his service. He married Mattie Penn (who was probably a second wife and not the mother of Edward).[2]

4. Alfred Childs was born at Frankfort 25 January 1902 and died at Louisville, Kentucky 12 October 1999. He married Louise Z. Weathers. Alfred worked as a porter for the Louisville & Nashville Railroad Company, and served in the U.S. Navy during World War I.[4]

5. Ralph Bethel Childs was born at Louisville 8 December 1926 and died 21 February 2003; he was buried at Campground Church Cemetery in Woodlawn, Nelson County, Kentucky. He married Helen Carter. Ralph served as a steward’s mate first class for the U.S. Navy during World War II.[5]