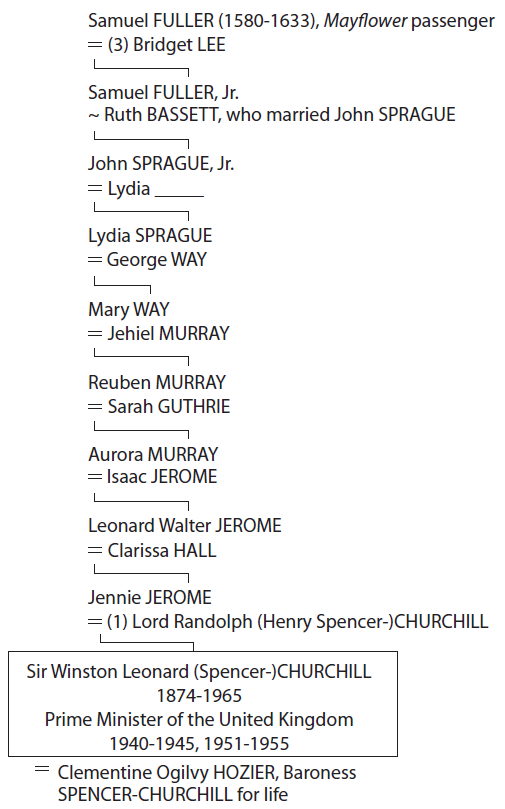 ETA: As a result of a lengthy article by Pamela R. Paschke and Raymond T. Wing, based on a comprehensive Big-Y DNA study of 25 Fuller men, Matthew Fuller, previously considered a son of Mayflower passenger of Edward Fuller, has been shown to be an an agnate relative of the passengers Edward and Samuel Fuller, but cannot be their descendant. Related to this study, the five candidates of paternity of Lt. John Sprague that I discussed have been reduced to two men – Dr. Matthew Fuller and his son Samuel – who are not descendants of passengers Edward or Samuel Fuller. Winston Churchill’s revised Fuller (but likely not Mayflower) lineage is outlined below. Subscribe to the the Mayflower Descendant to learn more about these recent developments (also discussed in this more recent post). 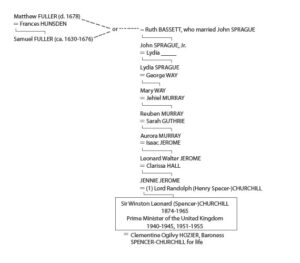