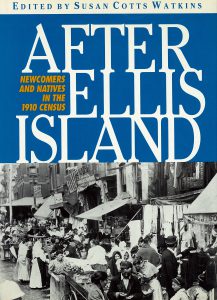 I have found over the years that most family historians are so intent on pushing back to the next generation that they often do not stop to see what their family tree is telling them about the generation they just identified. Additionally, with the advent of “type in a name” research, many family historians are content to find the record and move on to the next record, or the next suggested record, without ever stopping to ask why or how their ancestors ended up recorded in a particular document. After all, the records that genealogists use to trace the family connections were not created with genealogical research in mind. Family historians have found ways to pull family information out of vital records, military draft cards, census records, passenger ship lists, and more to aid them in tracing their family back through the generations.

Recently, NEHGS took its bi-annual tour to Washington, D.C., where, with my colleague David Allen Lambert, I assisted 20 attendees in finding resources at the Daughters of the American Revolution (DAR) Library, the National Archives (Archives I), and the Library of Congress. We took their research interest sheets (filled out ahead of the trip) and helped to guide them to the best resources of these three repositories. This is always an interesting trip for the NEHGS staff genealogists because of the variety of records participants want to access and the family stories the attendees are trying to document.

During the tour in Washington, I commented to a few of the attendees who had consultations with me that I was not a “surface girl.” As the week progressed they began to understand what I meant – I was suggesting they dig into migration patterns, turn their attention to books that detailed the changes in immigration (such as E.P Hutchinson’s Legislative History of American Immigration Policy, 1795–1960), or read up on subjects pertaining to bodies in transit (deceased persons who may have been transported to other towns or states for burial). Many times, I asked the questions “Why?” or “How?” Why did their ancestor move from New England to Minnesota? Why did they not believe that the information found in a record was accurate? How could they prove or disprove something?

During the tour in Washington, I commented to a few of the attendees who had consultations with me that I was not a “surface girl.”

While the attendees were getting their orientation to the DAR Library, I confess to poking around some of the nearby shelves of books. I love to see if there are books on topics of interest that I either don’t already know about or which have only recently been published. As many know, I adore digging into the immigration of those who came from the mid-1800s to the start of the quota years (the early 1920s), so I was thrilled to see that one of the shelves near me was all about immigration – and I discovered some books of interest. Once I locate such books, I search online booksellers to see if I can get my own copies, and such was the case this time.

One book that caught my eye was After Ellis Island: Newcomers and Natives in the 1910 Census, edited by Susan Cotts Watkins (New York: Russell Sage Foundation, 1994). I was able to find a used copy for a reasonable price and ordered it immediately – and waited rather impatiently for it to arrive at my doorstep upon my return from our trip. 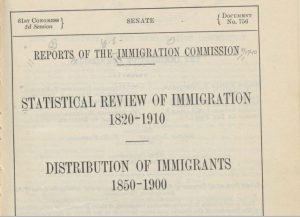 The 1910 census revealed that 14.6 percent of the total population was foreign-born, which, when the book was published in 1997, was even higher than that of the 1990 census. Also, 1910 was the year of the Dillingham Commission Report, which published a statistical review of immigration 1820–1910 and a distribution of immigrants 1850–1900. The purpose of this report was to try and close the door on immigration. And since I have a PDF copy of the Dillingham Commission Report, I was curious to see if a look back at the 1910 census from the 1990s would reveal anything different.

While I have just begun to read Watkins’ book, one of the first things that caught my eye was mention of the “creation of a national random sample of the manuscript schedules of the [1910] census.” Referred to as the Public Use Sample (PUS), it took a sampling of households, 1 out of every 250 in the census. This was accomplished long before the digitization of the census records that makes them searchable on websites such as AmericanAncestors.org. Appendix A of the book – I never seem to be able to read a book in order – was “An Introduction to the Public Use Sample of the 1910 U.S. Census of Population,” which gave many interesting tidbits about the original enumeration, the data mined from the sample, and the way it was handled. The Appendix mentioned the census being copied onto 1,756 reels of microfilm, and detailed the method used to pull the samples and handle errors by the enumerators. And the final sentence of the appendix stated: “The 1910 Census Public Use Sample is available from the ICPSR at the University of Michigan.”

You guessed it. I wanted to find that sampling report and see what it looked like – what else it might contain that would lead me to better understand the rest of the book. I found it with a Google search of “1910 census public use sample.”

This took a couple of clicks to find exactly what I was looking for, but eventually I located the right web site (https://www.icpsr.umich.edu/icpsrweb/ICPSR/studies/9166) and proceeded to download the daunting sounding “DS1 Wave 1 Rectangular File.” And in this I found an equally daunting titled PDF file “09166-0001-Codebook.” Yes, I expected the men in black suits and ear pieces to pile out of our elevator and whisk away my computer for such a file. 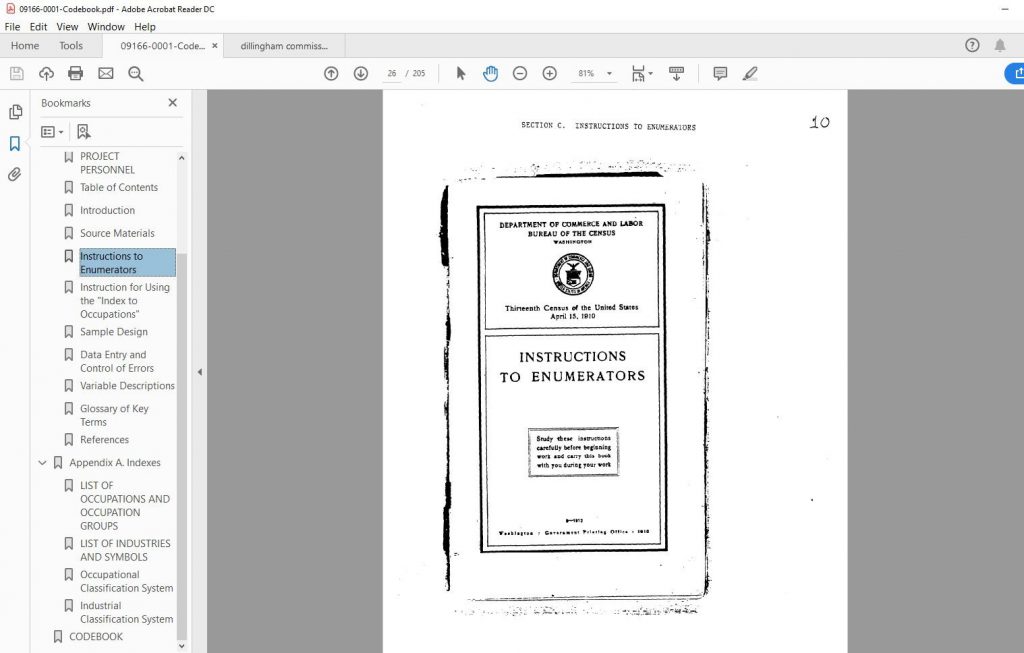 Among the early pages of this Codebook, I discovered a reproduction of the 1910 Enumerator Instructions that were printed and given to approximately 70,000 enumerators along with all the rules of recording, who to omit, and how to record information. These instructions could explain why your ancestor was listed from a country other than the one you expected based on what countries existed at the time, especially in the always changing eastern European countries.

Among other things, I discovered that enumerators in large cities were given two weeks to canvass and record their assigned district. Those in rural areas were afforded a month. I also learned that under the column asking about marital status, we should never see more than an M1 or an M2 — as the M2 was to identify those who were on their second or more marriages. Most of us probably never gave that M2 much thought, other than we expected to find a second marriage. Now I may go back and look at some of my ancestors and see if I need to look for other marriages.

Among other things, I discovered that enumerators in large cities were given two weeks to canvass and record their assigned district. Those in rural areas were afforded a month.

As I finished giving my lecture on naturalization records to the Washington, D.C. tour attendees in the middle of our week there, I suggested they put aside their families and simply play in the records for a little while. The nerd in me loves to make time to do this, and it is through this never-ending quest to dig deep that I find a better understanding of the records in which our ancestors are recorded, offering clues which may help direct me to the next steps in my research.

So, dig deep family historians. Don’t be satisfied with just the name on the document. Find out why the document exists … who knows what it may tell you about your ancestors and why (and how) they were recorded.