Lindsay Murphy began her work at Wyner Family Jewish Heritage Center at the New England Historic Genealogical Society in October 2014 as an intern and joined the staff in August 2015. As Collections Archivist, Lindsay manages all processing projects and is responsible for reviewing and encoding finding aids. She received a B.A. in History from the University of North Carolina at Chapel Hill and a M.S. in Library and Information Science with a concentration in Archives Management from Simmons College. She is a member of the Society of American Archivists and the New England Archivists. View all posts by Lindsay Murphy → 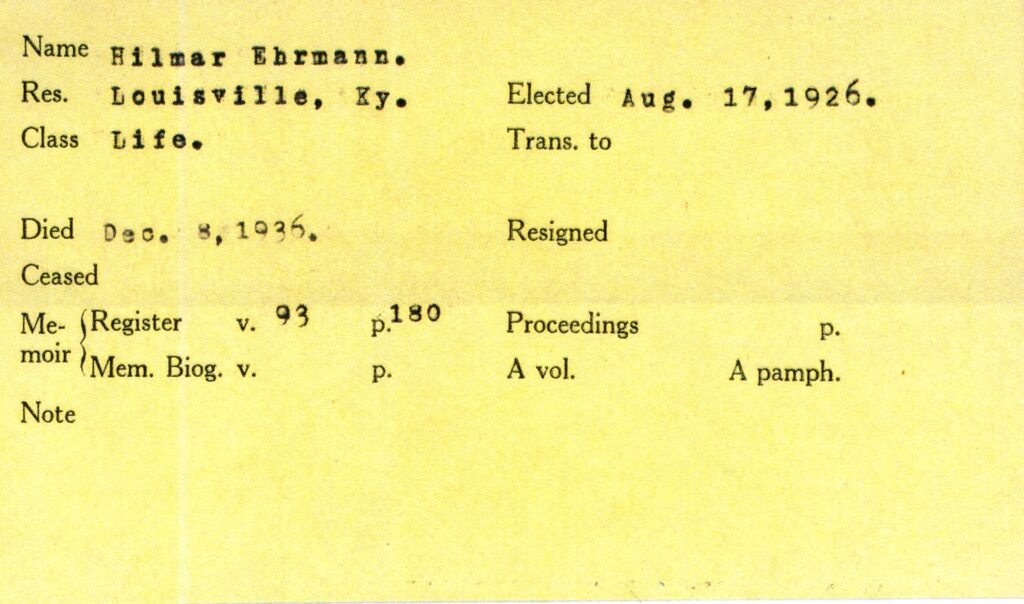 Some of you may know of Herbert Brutus Ehrmann. A Harvard-educated attorney born in Louisville, Kentucky, he is most known for serving on the defense team for Nicola Sacco and Bartolomeo Vanzetti, two Italian immigrants convicted of (and later executed for) murdering a paymaster at a shoe company during an armed robbery in Braintree, Massachusetts in 1930. The JHC has a collection of his materials.

His wife Sara Rosenfeld Ehrmann was equally well-known in the Boston community. Also born in Kentucky, she was raised in Rochester, New York, and married her husband in 1917. Partially in response to the injustice she saw in the case against Sacco and Vanzetti, she devoted her life to fight against capital punishment. END_OF_DOCUMENT_TOKEN_TO_BE_REPLACED

May is Jewish Heritage Month, so in its honor I decided to look into my own Jewish heritage.

Even though I work at a genealogical society, I always felt that it was a worthless pursuit to try to trace my genealogy back many generations. My great-grandparents and some of my great-great-grandparents were the ones who immigrated to the United States in the 1910s and 1920s. Due to language differences, various names, changing borders, and not even knowing exactly where they were from (“somewhere in Russia” or “maybe Bialystock,” my grandparents would say), I never really gave it a shot. END_OF_DOCUMENT_TOKEN_TO_BE_REPLACED