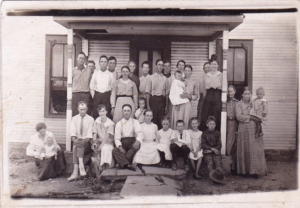 Every time when I look in the mirror/All these lines on my face getting clearer. ~ Aerosmith, 1973

Like a thief in the night, old age has claimed me. I’m not sure when that ignoble laird decided to vandalize me, but it’s certain I wasn’t paying very close attention. I expect it happened in the usual way, though I never expected to be harpooned by fishy-sounding Beta-blockers or riddled with Star Wars-like statins. And while I can’t see “the sunset” just yet, I can tell you that some of those evening stars have indeed arrived.

All of this leaves me a bit out of breath for many reasons and wondering about so much more. I only pray that enough light will still penetrate the veil. I hope to ‘better demur’ (Really Jeff, demur?) to some classical form of ‘acquired’ wisdom and not just that sardonic humor lost behind my laugh lines.

This rumination about my dotage has got me thinking about who I am and where I came from en masse. Genealogically speaking, this resembles the ‘needle in a haystack’ approach to personal family history. (When was genealogy ever not a needle in a haystack?) It’s like my mother said at the start of her Alzheimer’s disease, you know, before the deluge of it had overtaken her, Who are all these people? Well, mom, I feel your pain. Indeed, who are all these people and who are they to me? So just where does this newly minted old man fit into any one of these groups of crinkly black and white characters of days gone by? It’s a crazy thought that the answer happens to be “all of them.” 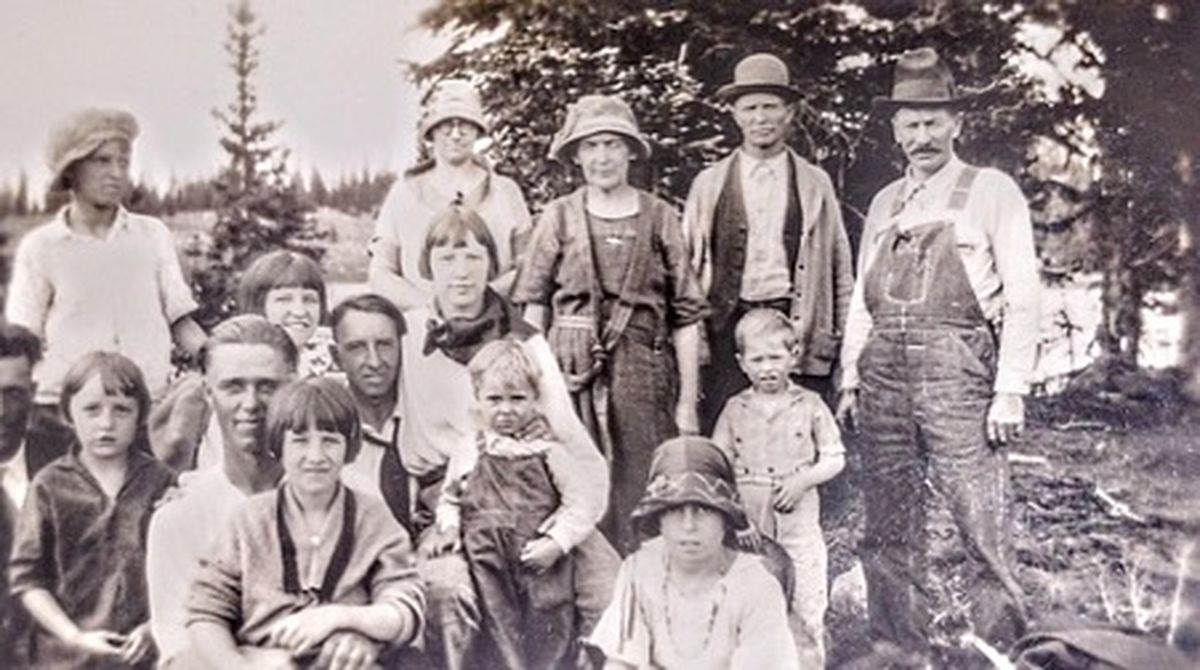 As to who I am now, or who I’ve become along the way “out of all of them,” well, that’s equally difficult to say. I can tell you that I’ve developed the same sort of brooding silence my grandfathers once had, that glazed sort of contemplation that perhaps kept them on the planet longer than they might have otherwise wished. Yes, I can see them sitting there, each in their respective corners of the world, one riddled by strokes, the other full of regrets, but both more silent than not in their final years. I feel both my grandfathers “in me” now as I move toward this fuller phase of my many moons. What did they see? What did they know? Who were they remembering?

For the most part, any aches and pains I feel these days are my mother’s bequest. I hear her same rumble in my own throaty morning coughs. I hear the click of her knees as if they were my own, and feel the strain of her back while I cultivate a crop of the very same liver spots last seen on her mother’s hands. These beguiling spots invade me now like Tribbles aboard the Starship Enterprise as they claim this ‘next generation’ as their own.[1] Yes, my mother: her quirks and idiosyncrasies, her willingness to help with utter and unconditional love at a moment’s call, and, yet, like all of us, often with her own struggles to do so. There are days when I cannot tell where her old age ended and mine now begins.

It’s not that I don’t carry my father with me. It’s only that his influence is shadowy, subterranean, and the part of me given to the aggrandizement of my own ego. Oddly, it’s that part of me that’s helped me survive in this surly world. My father’s bequest is the vanity of old-world sin and an old-world “morality.” I am reminded of Dad’s descent from Mayflower passenger Stephen Hopkins, and how Hopkins pleaded and won his life back from the provincial authorities on a “desert” island. Survival no matter what it takes. Trust no one. Tell them what they need to hear. Yeah, that’s dad. 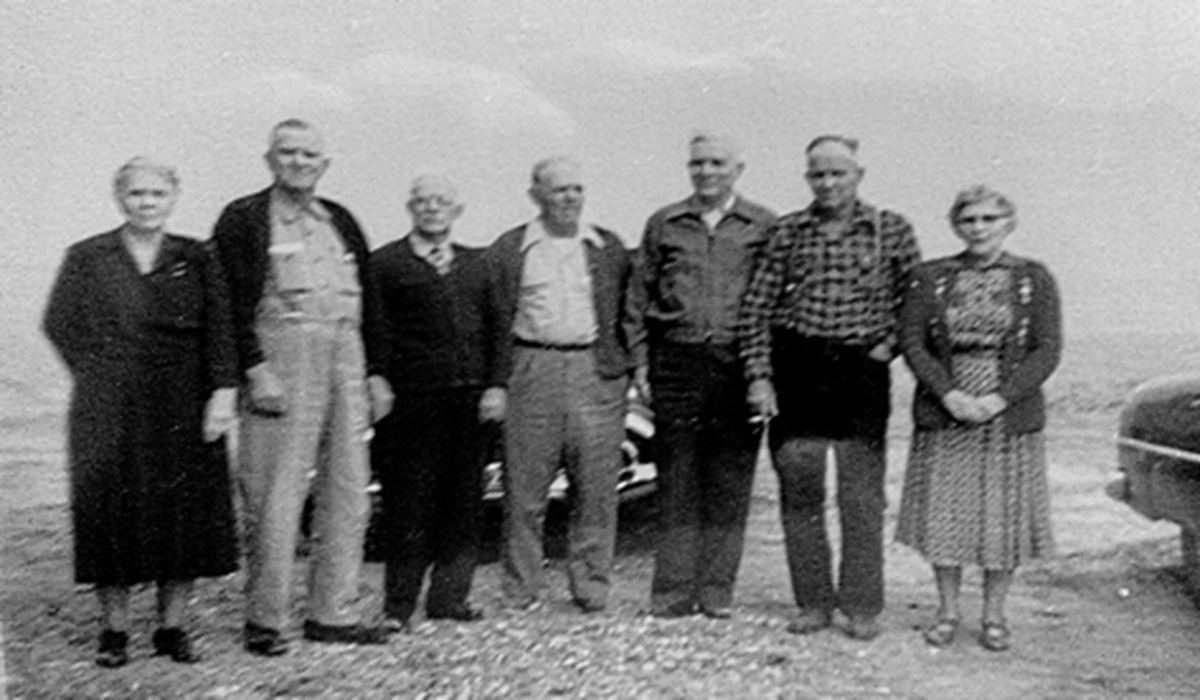 Mostly I do what all aging family historians do. Much like crossword puzzles or Sudoku, I work on the nuances of past family lines, and, more often than not, I am usually lost in someone else’s nostalgia. All of this in hopes of capturing the course of real and true events, or people as they once were. Of course, I’m always on the lookout for that runaway Mayflower line – you know, the one that ‘got away,’ linking me well past Stephen Hopkins to someone more elusive (and in my mind more interesting) like Moses Fletcher or Richard More. Somehow, someway, it’s those mystery ties to my New England, and to my “pilgrim and witches ancestry,” that keeps me coming back for more. It keeps me genealogically grounded.

I spend a great deal of time revisiting old brick walls. They are the very same ones that I’ve grown quite fond of for their ‘ability’ to never get resolved. I try to recount faces from grainy old group shots and compare the visages of my rag-tag diaspora in some to those very few distinguished forebears I might have possibly had in others. (Hmm … there don’t seem to be any…) What’s the same about them all? What are the differences? Did they all develop these same old quirks or fall prey to their own silence? Did they get these damnable spots?

I guess I’d like to know where or how I fit into the mix of my family tree.

I guess I’d like to know where or how I fit into the mix of my family tree. (Such vanity!) I think about myself autobiographically, if you will, and wonder what I should remember and what should I be remembered for? Indeed, what should have been forgotten a long time ago? The beauty of this is that there are no answers. As they say, to each his own narcissism.

I think about my amazing wife and my family, and the bittersweet beauty of love and family throughout the years. I think of raising my children and praying to God that I did the best I could, though always with that nagging question, Did I? I think about the stories that won’t be told, incredible, or too dark, or too personal to ever be reflected anywhere. I think about the secrets that we all carry with us (or the ones that we inherited) that lie just beneath the surface on those nights of troubled sleep.[2] Where will these things fit into the family tree? How does one double date that which belongs beyond good and evil?[3] 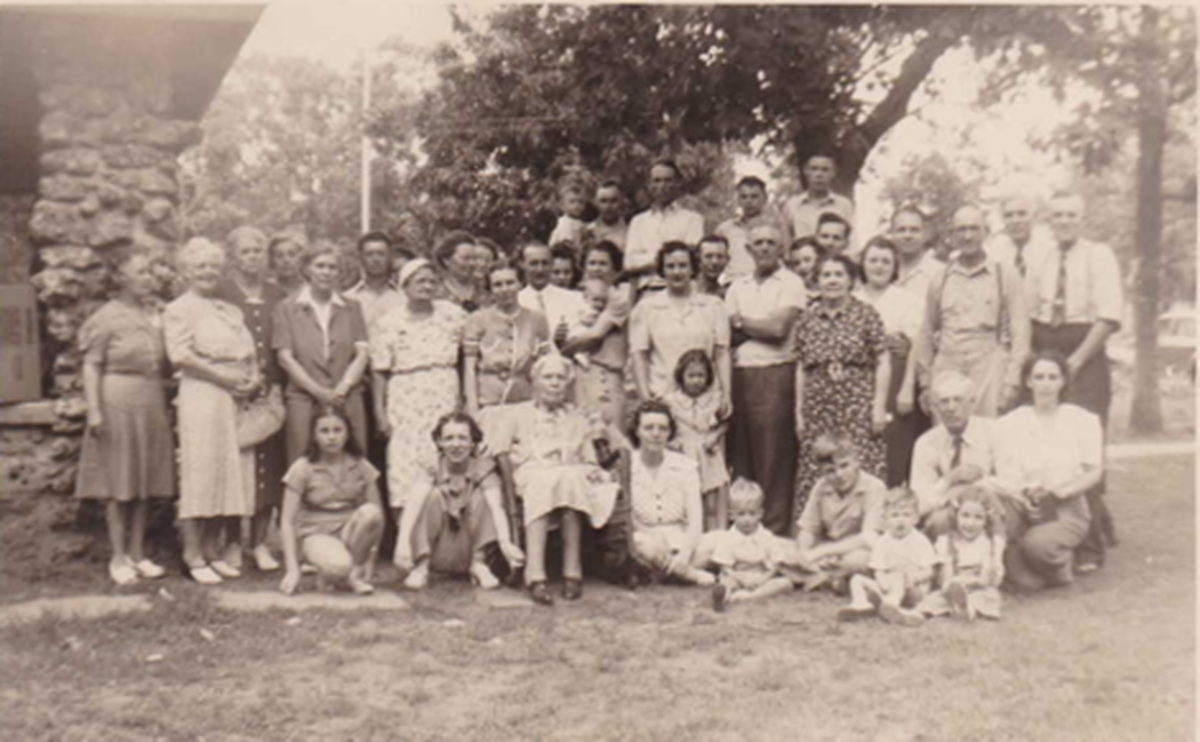 Then there are those other people and circumstances. Where do they fit into the story of an old man? Where is the lover who stole one’s heart? Do I recount tales of that lover’s life and secrets kept like True Confessions in an effort to tell my own? Or are these things best kept to oneself? Do I recount dancing in the streets of Paris, not alone, mocking terrorists, only to have a bomb explode there the following day?[4] Do I lay bare the crazy evenings tarrying at discotheques in Mexico while narcos partied nearby?[5] Was my predilection for sharing time with such varied folk a part of my fading youth or somehow intrinsic to my anima? Egads. Surely my life has had to have been more than that.

I think one of the worst parts of growing old is knowing when it’s time to follow in my grandfathers’ footsteps and fall silent. Nobody enjoys a foolish old person recounting tales of things surmised from an old group photo, or about people who lived such a long time ago, or of things that no longer matter. Sometimes though this ‘falling silent’ grinds my clutch of memories so far that I cannot escape them. They distort time and I am lost in the telling of them.

Indeed, it’s getting closer to the time for my last post here. I have droned on long enough and have enjoyed way too much patience and forbearance from a truly God-sent editor and a friendly reader. God grant me the wisdom you gave to all those other old souls in those group shots, of knowing when enough has been said. Please let me fade into the background as they once did, if only to be rediscovered generations from now for some random scrap of wisdom or humor. It’s as much as any old wannabe genealogist could hope for. Lord, please don’t let it hurt too much. And Lord, please if you can, send something for these damn spots.

[1] The Trouble with Tribbles, an episode of the American television series Star Trek, 1967.

[3] A reference to Friedrich Nietzsche’s Beyond Good and Evil, 1886.

[4] March 1986. Per https://www.upi.com/Archives/: “…a bomb exploded in the Point-Show shopping gallery on the Champs-Élysées, killing two people and wounding 28.”

21 thoughts on “All these lines”