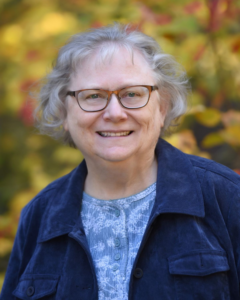 There were three contemporary Isaac Joneses – all with wives named Mary, all living in Dorchester and Boston at the turn of the eighteenth century – whose records have been squashed together in earlier writings. The problem starts with the death record in Dorchester for Isaac Jones “late of Boston, mariner, his wid. [sic] Mary, deceased,” on “February the 18th 170[0/]1”[1]  – the wording is noticeably weird since a widow cannot pre-decease her husband. This record has been attributed to Isaac Jones who married Mary (Howard) Bass in Dorchester in 1659. That Mary died in October 1691.

Eventually, I discovered probate records for Isaac Jones, mariner, of Boston, which include the information that his wife, Mary, had survived him, but died before the estate was probated. Thus, the death record in February 1701 is for the Boston man.

However, that leaves me without a death date for the Early New England Families sketch I am writing on Isaac Jones of Dorchester, husbandman. His will, dated 6 December 1699, mentions a living wife, but does not give her name. He directed that “all that she brought with her be returned to her, as I promised her upon marriage.” “Mrs Ann Jones ye Widow of Mr Isaac Jones” died 30 January 1731/32, aged about 77 years,” according to a transcription of her gravestone in Dorchester.[2] Shortly after her death, the heirs of Isaac Jones of Dorchester – Ebenezer and Jonathan Jones and Robert Newell and wife Mehitable (daughter of Jones) – made a division of Isaac’s estate, which states that the widow’s thirds (without naming the widow) had passed into Jonathan’s hands.

[Isaac] directed that “all that she brought with her be returned to her, as I promised her upon marriage.”

We know that Isaac Jones, husbandman of Dorchester, was alive as of 13 August 1700, when he wrote a codicil to his 1699 will, and he was dead before 17 April 1701, when his heirs, Ebenezer, Jonathan, and Mehetable Jones, sold property. Technically he could have been the man who died in February 1701, but that man’s designation as “late of Boston, mariner,” leads us elsewhere, as noted above. So, when did Isaac the husbandman of Dorchester die? No death or burial record survives, but he must had died almost at the same time as his “twin by another mother,” Isaac the mariner. They probably did it on purpose just to make my life difficult 321 years later.

As to the third Isaac Jones, he was the husband of Mary Eeles, daughter of Samuel Eeles of Hingham.[3] That Isaac died after 17 October 1690, the date of his will, the record giving no date of probate. His heirs were his brother William Joanes of Ripley in the Parish of Sapley in Hampshire, and his sister Katherine Joanes. He left a bequest to John Jones of Charlestown, if his wife did not have a child by him, and he left the remainder of his estate to his “Dearely Beloved Wife Mary Joanes.”

[1] The date in the Dorchester records is simply 1701, but the order of other dates in the same record indicate it refers 1700/1, according to the double dating system.

[2] The stone is not listed on Findagrave.com. Ann was the widow of Samuel Beighton of Boston. Evidence supporting this will be in the Jones Early Families sketch.

15 thoughts on “The Jones boys”