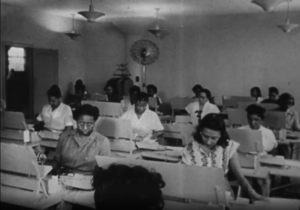 My colleague Chris Child wrote a controversial post last month about the merits of the 1950 Census. The title of the post was triggering, but I must admit that I agree with his overall argument. According to Chris, “…the census has spoiled us. Because it is often so quick to search, we might overlook other valuable resources because of how long looking through those records might take us. This is not meant to diminish the importance of the census, only to partially explain why it is used more than other records.”

He is right—genealogists, especially genealogists who are “new” to the field, are spoiled by lightning-quick access to records. However, I would argue that this doesn’t necessarily make research any easier, as it puts more pressure on us to find more and more records for our ancestors. If you are going to do it right, the census serves as a introduction to many additional records. Said another way, having just a census record isn’t good enough; you need to collect all of it: Social Security Applications, DD-214 Records, Tax Photos, City Directories, Fire Insurance Maps, Newspapers, and so on.

[Gather] everything you can about your ancestor, using the census as a springboard.

I recently gave a talk about the 1950 Census where I discuss this very strategy: gather everything you can about your ancestor, using the census as a springboard. To help navigate what exists, I also made a worksheet, to help jog your memory. For example, if your ancestor is included on the 1950 Census and they answered yes to Question 14 (“If foreign born, is the person naturalized?”), then you should also be looking for Naturalization Records, Passenger Lists, Passport, Newspapers, and 1920 US Federal Census. Or, if your ancestor was lucky enough to be one of the selected few (20% of the population) to answer Question 26 (“What is the highest grade of school that he has attended?”), you should then research Yearbooks, School Records, Newspapers, Broadsides, Diploma, and Class Books.

So yes, Chris was right to say that other records are often overlooked because they are more difficult to research, but that shouldn’t be the way! It should be the exact opposite! Researchers should use all the detailed information included in the census to learn more about the life of their ancestor and not be satisfied with just the 1950 census entry. To me, the census is just the beginning…