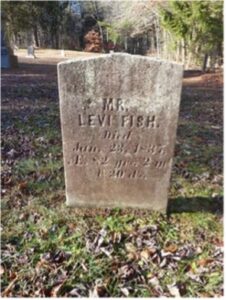 Forty years ago, my grandfather’s first cousin “Burgess” Morse took pride in pointing out the gravestones of our ancestors, Simeon Morse and his wife Sylvia Fish, and the nearby grave of Levi Fish (1754–1837). Findagrave.com photo #118544184, at left, is much clearer than the one of Levi’s stone I took at that time (and shown below). When I asked Burgess if he thought Levi Fish was Sylvia’s father, he quipped, “Who else would he be?”

Old Style, the designation applied to dates before the calendar change in 1752, may also represent the way we conducted research before the advent of the internet, digitization of records, and DNA evidence. In the absence of definitive evidence, building circumstantial cases for identifying an ancestor evolved slowly. Take, for example, this story of a once-assumed but-now-proven great-great-great-great-great-grandfather, Levi Fish. 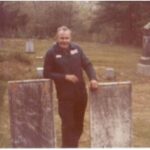 Dozens of my ancestors and collateral families lie buried at Woodside Cemetery in Rochester, Massachusetts.[1] In the same plot as Simeon and Sylvia Morse stands the marker of “Mr. Levi Fish, died January 23, 1837, age 82 y 2 m 20d,” his surname unique in this cemetery. Levi’s proximity to the Morses suggested that he was Sylvia’s father. The Morse Genealogy named Sylvia Fish’s parents as “Levi and Sylvia Fish.”[2] As carved on her gravestone, Sylvia Morse’s death date, 23 May 1854, should have left a death record in Wareham or Rochester, yet even in places with the well-established recording of vital records, some events just slip through the cracks. A helpful clue emerged in the 1850 census, which listed Sylvia Morse’s birthplace as Sandwich, Massachusetts.[3] My family assumed that Levi Fish came to live with his daughter in his old age. How could I prove Levi and Sylvia were Sylvia (Fish) Morse’s parents?

Road trip! In the summer of 1982, I drove to the Sandwich Archives and Historical Center. No Levi or Sylvia Fish was listed in their card files, Mayflower Descendant, or published vital records. Someone referred me to Barbara Gill, later Sandwich’s Archivist, who had done much work on the Fish family; she had no further information on Levi or his marriage. I hoped obtaining a copy of Levi Fish’s rejected Revolutionary War pension would shed more light on his life. Months later, a copy of the slim file arrived. In 1835, Levi Fish, of Sandwich, age 80, wrote, “I had no written discharge. I know no man living that served with me at this time. I have no documentary evidences of my services… I do not know of any record of my birth.”[4] Alas! While the lack of information frustrated me, his signature gained me a prize.

Many of Mashpee’s white residents in Levi’s era occupied Native lands without any title to them, and they did not have the services of either Falmouth or Sandwich.

Three years elapsed before another road trip to the Sandwich Archives. Archivist Russell Lovell, generous with his time, explained to me that Levi Fish lived in Mashpee. Many of Mashpee’s white residents in Levi’s era occupied Native lands without any title to them, and they did not have the services of either Falmouth or Sandwich. Russell conceded I was likely at a dead end, but he suggested I call Barbara Gill at her home. Much to my delight, she had new information: the diary of Benjamin Percival had been transcribed as an addendum to Sandwich vital records. An entry for 30 May 1777 read “Went to the wedding of Levi Fish and Sarah [not Sylvia!] Cobb last night.” One of Sylvia (Fish) Morse’s daughters was named Sarah Cobb Morse. Now, it took only a short time to construct Sarah Cobb’s lineage—daughter of Stephen and Abigail (Chipman) Cobb, and a descendant of Mayflower passenger John Howland.

With this new knowledge and the encouragement of Caroline Kardell, Historian General of the General Society of Mayflower Descendants, I submitted a supplemental application through Sarah (Cobb) Fish to John Howland. Caroline noted in the margin that the links between generations 5 and 6 came only through secondary sources. The “Letter” cited in the application is my summary of research steps to prove this relationship. 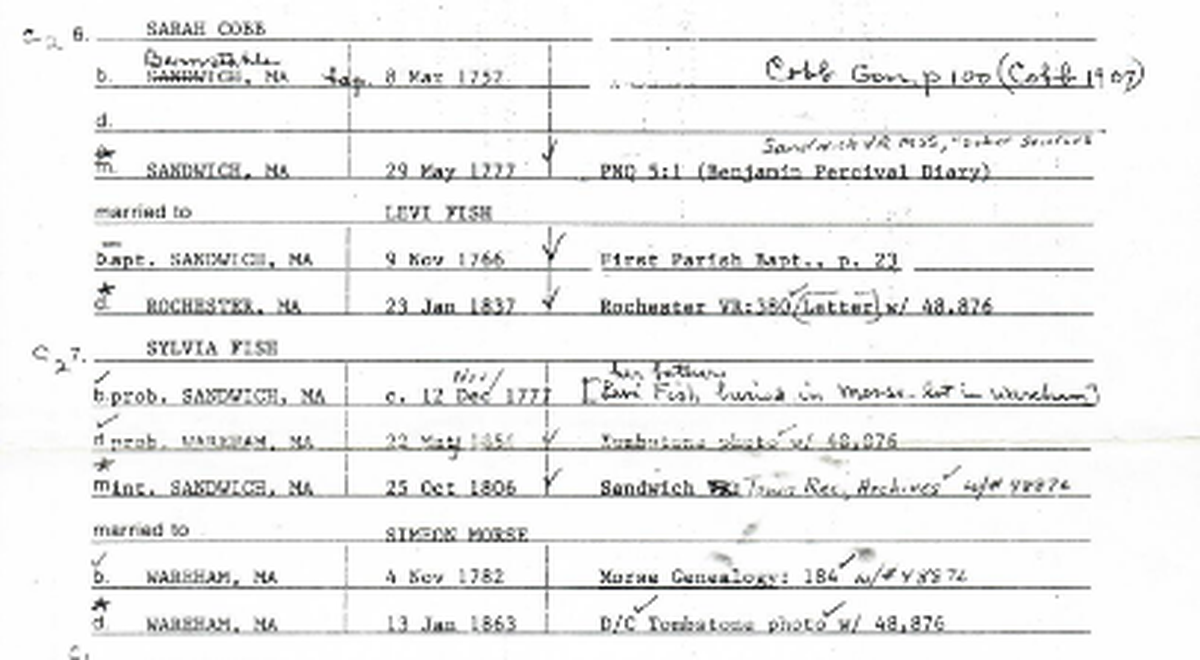 Caroline Kardell’s and Russell Lovell’s later publication of Sandwich vital records included events from Benjamin Percival’s diary and added the birth of the only recorded child of Levi and Sarah: Lemuel Fish, born 2 April 1791.[5] Lemuel died on Nantucket on 6 December 1862, age 71, with his death record naming parents Levi and Sarah.

In our world of digital genealogy, what instant results do we get for Levi Fish? Ancestry.com has 155 trees that include him—140 with no sources! The few cited records do not provide any context as to why Levi Fish is buried in the Morse lot in Rochester. Genetic genealogy, however, reveals that at least eight descendants of Levi Fish’s son Lemuel match my lines with expected amounts of atDNA commensurate with being distant cousins. Levi Fish’s household in 1790 had seven individuals, eight in 1800. With a fourteen-year gap between the birth of Sylvia and her brother Lemuel, therein lies the hope of discovering additional children who may have eluded written records.