I suspect that many cities have a Facebook page called “You know you grew up in _____, when …” I am one of nearly thirty thousand who belong to the one for Portland, Oregon, and not long ago, someone posted an article there about how recent remodeling has made the back of Benson High School visible for the first time in almost seventy-five years. That was an interesting factoid just because it’s a beautiful old building, but especially so since my brother and stepfather graduated from the school. Near the end of the article, it mentioned the officially-designated architect for the school, but then also noted that contemporary newspapers credited a young architect named Folger Johnson as a chief designer for the project.

Excuse me … did that say “Folger Johnson”? I’ve often mused over the fact that my grandfather and father are very likely the only two people who have ever walked the globe with the name “Folger Athearn.” Was this man somehow related to us? Of course I had to dive in and check it out!

To be honest, I never did find out how this man came to be named Folger. Going back several generations, I did not find it as a maiden name in any branch of his family tree. I also couldn’t find anyone with the surname of Folger living in his native Columbus, Georgia, at the time he was born … so it didn’t appear that a business colleague or local family friend had been the inspiration. On the other hand, the origins of Folger as a given name even in my own family had become murky by my generation, and an exciting genealogical discovery for me was finding the men for whom my grandfather was named: George Howland Folger, Sr. and Jr.[1] They both worked to track down my orphaned great-grandfather in the wilds of Southern California, to bestow a legacy upon him that had been left in Cambridge, Massachusetts. In gratitude, my great-grandparents named their firstborn child “Folger.”

In gratitude, my great-grandparents named their firstborn child “Folger.”

Back to the mysterious Folger Johnson, who didn’t seem to be related even to my aunt’s husband’s ancestress, Sarah Johnson (Folger) Osborn … a native of Hudson, New York, who died in San Francisco. In a bizarre twist of fate, my first cousins’ only two uncles had Folger as a first or middle name … so not knowing the origin of Folger Johnson’s given name feels really wrong!

While I could not determine that the man was related in any way to my family, it was almost eerie to discover the many common connections we share. The most amazing is that he lived in a house three blocks from the one I grew up in, and where my mother still lives! It is a charming storybook castle built in 1925, and remains a favorite on my childhood street. 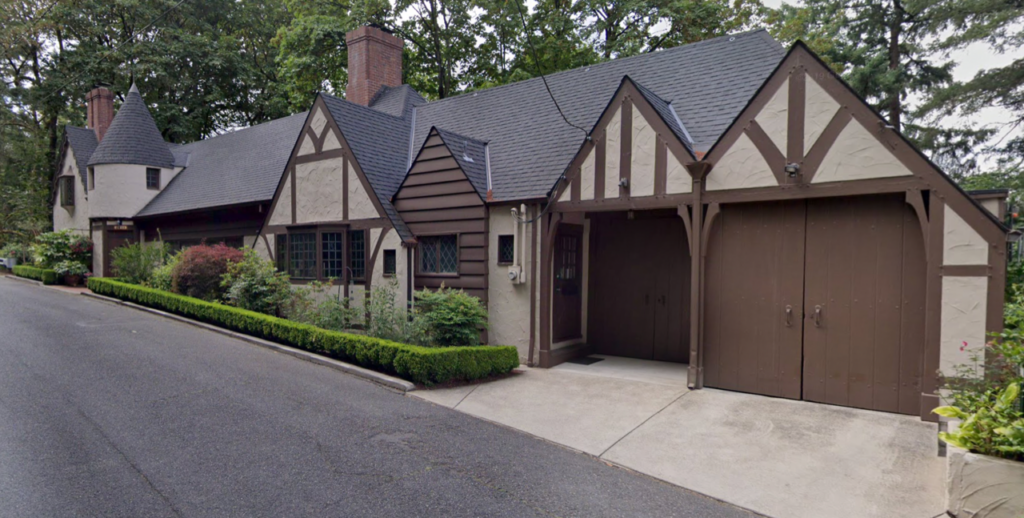 Another strange coincidence is that he is buried in the same cemetery where my mother’s mother’s parents[2] are buried in The Dalles, Oregon (two hours from where he died). This was initially quite perplexing, until I discovered that his wife’s mother, Clara (Humason) Waldo, was a native of The Dalles … however, she is buried in Salem, Oregon, in the Pioneer Cemetery that is just a few blocks from my current house! She is buried next to her husband, Judge John Breckenridge Waldo, the first Oregon native to serve as Chief Justice of the Oregon Supreme Court. John Waldo is also credited as one of the first naturalists in a state known for wilderness preservation. 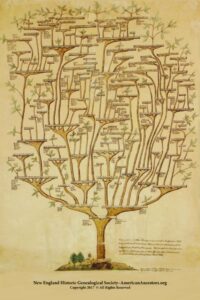 The Waldo family, in addition to their prominent role in early Oregon history, has more recently become known for their connections to an African-American woman named America (Waldo) Bogle, who lived with the family of Folger Johnson’s grandfather-in-law, Daniel Waldo. Folger Johnson himself had some interesting ancestors, most notably his paternal grandfather, James Johnson, who served a term in Congress during the early 1850s, and as Provisional Governor of Georgia in 1865.

I am left with the immense probability that Folger (no middle name) Johnson, Sr. and Jr., are no relation at all to Folger (no middle name) Athearn, Sr. and Jr. However, I can’t help feeling much like Major-General Stanley in The Pirates of Penzance:[3] “In this chapel are ancestors: you cannot deny that. With the estate, I bought the chapel and its contents. I don’t know whose ancestors they were, but I know whose ancestors they are.” While Folger Johnson and his son may not actually descend from the seventeenth-century immigrants John and Peter Folger, I feel that they are branches fully worthy of being grafted into the great Folger family tree![4]

After writing the above piece, I emailed the identified owner of Folger Johnson, Sr.’s portrait posted on Ancestry.com, for permission to include it with this story. I received an enthusiastic reply the following day, with apologies that there would be a slight delay in a more thorough response because he and his wife were preparing to travel the following day from their home in Canada to Salem, Oregon!!! He phoned me the evening of their arrival and we had a wonderful conversation; the next day he and his wife visited my home, where my long-haired dachshund enjoyed perching on his knee while we chatted and enjoyed tea.

It turns out that more coincidences abounded. His brother-in-law and father-in-law attended the high school designed by Folger Johnson, Sr., which had sparked this whole exploration. His father, Folger Johnson, Jr. attended Pomona College, where my father, grandfather, and great-grandfather all began their college educations. He was born in the house on my street that I so admired growing up, and we both enjoy helping to document the history of Oregon’s denizens, even if they’re not related to us.

Sadly, he had no significant insights into the origin of his grandfather’s and father’s given name … but he did share with me a fantastic picture of the two men together (featured above), plus a detailed timeline of his grandfather’s life. So while we may not be kindred according to the flesh, we are clearly kindred spirits.

[3] The Pirates of Penzance; or, The Slave of Duty, a comic opera by W. S. Gilbert and Arthur Sullivan, premiered in 1879.

[4] Available for purchase from the NEHGS bookstore for only $9.95!

10 thoughts on “Grafted in”