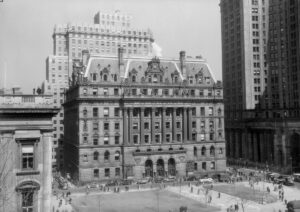 Last week the New York City Municipal Archives revealed a new online platform where anyone around the world can now access full color scans of more than 9 million historic New York City vital records. The collection encompasses birth, marriage, and death records from 1855 to 1949 (with some gaps).

Founded in 1950, the New York City Municipal Archives is the largest local government archive in North America. In 2013 funding was granted to begin work on the digitization of the Archive’s historic vital record collection and the multi-million-dollar project has been ongoing ever since.

Researcher access to New York City vital records has long been fraught. Strict privacy laws and licensing policies have restricted access to many public records despite their historic record status. Since 2017 the New York City Municipal Archives has maintained an internal search system where reference staff and on-site researchers could browse the growing digitized vital record collection, but for those unable to visit the archive in person (and while the Archive itself was closed due to COVID) a researcher could only order a vital record at a cost. While these record requests could be made online, they could take months to be fulfilled, a situation less than ideal.

To complicate things further, in October 2020 the city’s Department of Records Information Services (DORIS) issued a proposition that researchers would be required to pay an additional licensing fee for the permission to reproduce or share a public record for any academic or non-profit use. Organizations such as the New York Genealogical & Biographical Society as well as FamilySearch released statements condemning the proposal.

In response to DORIS’ proposal, on 29 October 2020 the organization Reclaim the Records submitted a Freedom of Information Law request…

In response to DORIS’ proposal, on 29 October 2020 the organization Reclaim the Records submitted a Freedom of Information Law (FOIL) request petitioning for the release of all already digitized NYC records by the Municipal Archives. Reclaim the Records is a not-profit activist group working to petition government agencies and archives to make available historic records to the public. The organization then digitizes and puts the recovered records online for free use.

Reclaim the Records’ FOIL request was ultimately unanswered and so on 14 February 2022 the organization filed a lawsuit. Ostensibly under this pressure, just one month later, DORIS and the Municipal Archives made available their digitized Historic Vital Record Collection online for free. 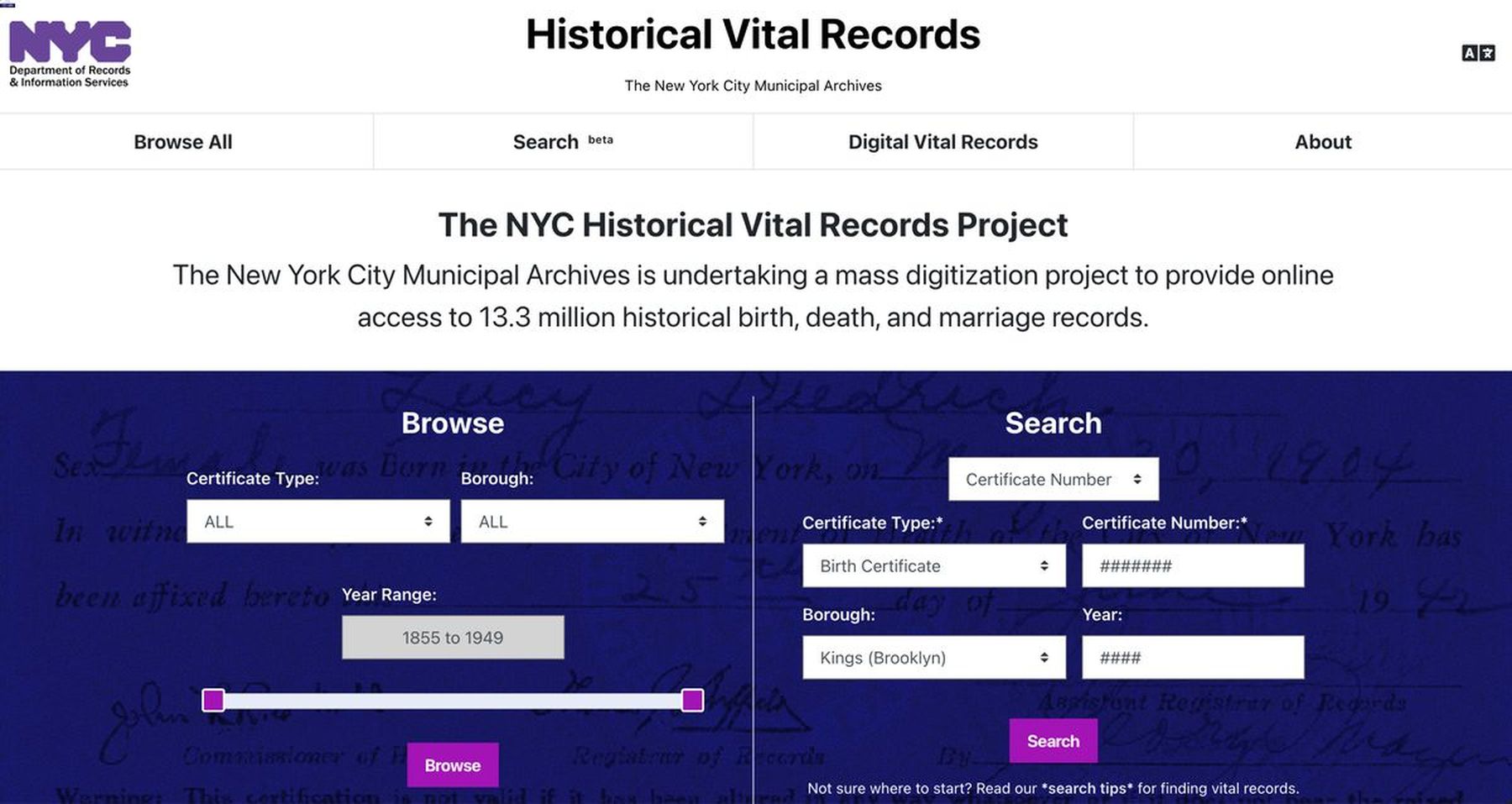 Some things to keep in mind when using this collection:

Due to the density of records, New York City maintains its vital records separately from the rest of New York State, so this database will only help you with New York City ancestors.

There are still some privacy restrictions for the city’s Vital Records. More recent records can only be ordered by a person named on the record or (if deceased) by a spouse/child from the NYC Department of Health and Mental Hygiene.

Below is a breakdown of what vital records should ultimately be available (with gaps) as part of this project, about 13.3 million records in all! You can keep track of their progress online.