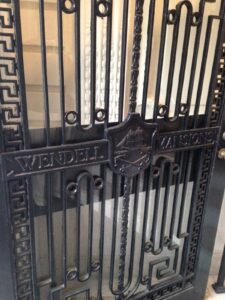 As the editor at Vita Brevis, it is my job to write up my own research successes (and failures), and to edit the similar – but invariably different – accounts of travails and victories from the blog’s 100+ contributors. Over the years I have recommended a variety of hints and how-tos, starting with pointers on how best to utilize Google searches.

Using a maternal great-grandfather as an example, I wrote:

“Above all, try not to think like a genealogist. In my great-grandfather’s case, he generally went by his initials and surname professionally, reserving his full names for his grandest [architectural] commissions, the ones that showed off his artistry. Google will only yield what is there, and, I have found, yield it somewhat grudgingly – hence the repeated attempts to find the same recalcitrant facts. For nineteenth- and early twentieth-century publications, Google gives what the compilers wrote, which is, in general, not what we as genealogists may naively expect.

Google will only yield what is there, and, I have found, yield it somewhat grudgingly…

“So, by all means begin by searching full names, but be quick to move on to partial name searches and Soundex-style searches. Use every scrap of information you can think of, and use it aggressively, searching all the name variants for people and for places and things. Repeat these searches until you have exhausted every possible combination.”

[In December 2020], I wrote about triangulating a known relationship to fill in an unknown one:

“A recent review of the Livingston articles in The Scots Peerage offered me the chance to zero in a bit on one loose end: Was Marion Forrester, wife of William Livingston, younger of Kilsyth, a daughter of Sir Duncan Forrester? If so, which of Sir Duncan’s wives was her mother? — a conundrum, as at least some of Sir Duncan’s children seemed far too old to include Marion in their number.

And who is Thomas Forrester’s mother, in whose name he is acting?

In the years between 2014 and 2021, I’ve published 306 other blog posts associated with my name. (Several are omnibus pieces covering the year in review; others are ICYMI – “In case you missed it” – posts. Still, that’s a lot…) If you have made it thus far in this post, or on the blog, please leave a comment offering your favorite research strategies.

2 thoughts on “ICYMI: Research strategies for 2021”