Connecticut’s unique probate districts have grown and split off, much as counties do. As populations grow it becomes necessary to create a new county, or in this case a new district. With close to 400 years of probate, there have been quite a few probate districts created and then in 2011 a few of them were eliminated under the consolidation. However, most genealogists are concentrating on probate records for deaths that took place in the 1800s and before, making the historic districts much more important. 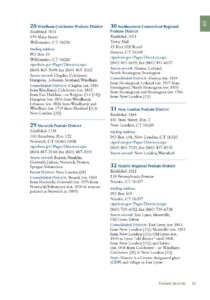 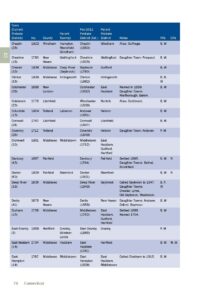 This means we must look at East Haddam in the town chart, which is lower on this same page of the town chart. It indicates under the pre-2011 probate district column that the East Haddam Probate District was created in 1741.

If you are searching for probate on an ancestor who died after 1741 but before 1832 in Colchester, then the probate records would be found in the East Haddam Probate District. These records have been deposited at the Connecticut State Library, but are also available digitally through FamilySearch.org, though you must access them either through a local Family History Center or a FamilySearch auxiliary library. Unfortunately, they are not viewable from home.

If your ancestor died before 1741, then the East Haddam entry shows that the parent probate district was Hartford. And if you view the information for the town of Hartford you would see that the Hartford Probate District was established in 1666—one of the original probate districts.