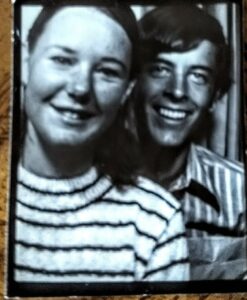 The occasion for my visit that day was not Heidi’s death.[1] I’d traveled far to get there, and next to her sole surviving kin (a sister by adoption), I was the only other person that day who might give some sort of testimony to her life. Still, I had the strange feeling that I didn’t belong at her memorial. She’d been dead so long. Wasn’t there some sort of rule about having a service this many years after the fact? What can I say? I guess the existential genealogist in me was having trouble with all this ex-post mourning business. My mind reeled in search of some forgotten Mayflower mourning etiquette,[2] all of this brainstorming no more than an attempt to assuage the grief I felt for the loss of my friend.

In truth, she’d never had the opportunity for her life to be remembered, at least not past the cogency of her well-thought-out obituary. Instead, ‘the remembering’ of her life had been frozen, not forgotten: postponed. There, the need to remember her life had remained, somewhere between that subtle angst you feel when you’re alone in the dark, and the feeling you get when you go into a room but can’t quite remember what you went in there for.

I had “charted” her life to the best of my abilities. However, even in this day and age, it’s pretty hard to draw much of a pedigree for an adopted person. Just exactly how do I converge all those doubled-up and unknown lines? Still, she’d always wanted to find a place in her ‘very own’ family tree, but sadly that day never seemed to come. Even DNA testing couldn’t close the gap in her heart, or help the little girl inside her to stop wondering, Why didn’t she want me?

While the selfish applications of those rules and laws “to protect” adopters and adoptees are pretty straightforward, understanding their real-life outcomes is never easy.

I will always question if her longing for what ‘never could be’ had brought her to pass away too soon. Indeed, the rules and laws of adoption seemed to chase her her whole life. While the selfish applications of those rules and laws “to protect” adopters and adoptees are pretty straightforward, understanding their real-life outcomes is never easy. I’m not passing judgment here. I’m only saying that for the adoptee emotions can be especially complicated and last a lifetime. How does one put that into the official family history beyond all the necessary vital records? How do you write that family history? By chapter or verse? 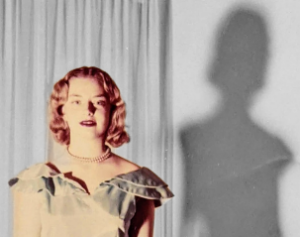 Her adopted mother, a near centenarian and beautiful dowager, had died the previous year. Once considered by my three-year-old sister a ‘real’ Fairy Princess, the dowager lived her life with a great deal of panache, humor, and flair. The Fairy Princess (and her princely husband), unable to conceive children of their own, decided “once upon a time” to adopt two baby girls from two different homes. The princess and the prince bonded well enough with their ‘sprites,’ yet there always remained that relentless hankering in my friend’s heart for her ‘natural’ family. (The old argument of “nature v. nurture” never seemed to go away.)

How do you write that family history? By chapter or verse?

The Fairy Princess’s consort died years ago, but it was on the occasion of the death of the Fairy Princess herself that their remaining daughter decided to mourn both her adopted mother and sister together. I suppose the reasons for this were complicated by COVID, emotions, distance, and the economy. I guess, too, that as singular an event as any “double memorial service” might be, in the end, What did it matter? 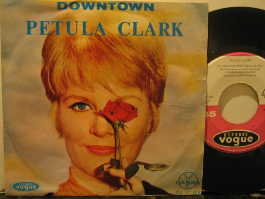 I confess I had a good cry on the way down to the service. Silly me, a wannabe old “Blue”[3] wearing my dark shades and blasting Petula Clark’s Downtown[4] as I motored my way along that parking lot we call Interstate 80. I knew that it was going to hurt. You know, like that toothache you keep pressing on because somehow that hurt makes you feel better.

“And you may find somebody kind to help and understand you,

Someone who is just like you and needs a gentle hand,

To guide them along

So maybe I’ll see you there…”

Arriving there, I could see that the church was brilliant. It didn’t have the air of a circus tent that the devil inside me had hoped it might. Her sister was so sweet and gracious, and the people in attendance were kind. I couldn’t help but ponder that, aside from her sister, “How could these strangers have any clue of just who she was?” Even if she hadn’t died so many years ago (and on the opposite side of the country), how exactly was this all supposed to work? A bunch of folks would recall the beautiful life of The Fairy Princess, and then a bunch of utter strangers (looking vaguely uncomfortable) would be asked to reflect on the life of her other daughter, a woman they had never met and who meant nothing to them. My mind raced trying to figure out if ‘bitter’ might qualify as the sixth stage of grief. Oh, Lord, that sounds normal – not.

I took my place among the pews unnoticed. I chose the seat farthest away and closest to the door just in case I needed to go Downtown to make my getaway. In my heart, I knew I needed to speak up. I truly needed to say something on my friend’s behalf. She couldn’t just be a name somebody mentioned like an also-ran. Believe me, I hate getting up in front of a crowd to speak. Doing so takes me right back to Miss O’Hara’s sixth-grade oral history project – and, hey, let me tell you, that did not go well.

Then, as if by chance, he appeared. Please, don’t be too alarmed. It isn’t like The Fairy Princess had a secret love child who showed up and crashed the show, or even that her (my friend’s) biological mother had finally decided to reveal herself during the play’s last act. (Darn it, anyway…) Nope, “this guy” just shows up, ‘padding’ quite softly across ye olde ecclesiastical carpet on four feet, silently and quite purposely, making his way directly toward me. You could tell he meant business. You could tell he was the docent of this place. Indeed, he was a “penultimate sort of guard.” You could tell he had a message.

You could tell he was the docent of this place.

I need to digress a moment. For those of you who are kind enough to read my posts here on Vita Brevis, you know that I tend to do just that way too much. Truly, I can’t apologize enough for this. However, what I need to tell you at this juncture is that my friend, the adopted daughter of The Fairy Princess, the woman who had died so many years ago and on the other side of the country, well, she died with (in her safekeeping) seventeen – wait for it if you will – cats. Please don’t scream just yet…

Yes, my friend was actively involved in local feline rescue for the small city in which she lived. I know this makes her sound like the crazy cat lady, and no doubt there were aspects of her life that resembled this image. Really, though, she worked as a volunteer in the local shelter and took home medically fragile felines to foster, or those who needed a little bit of extra help to find a new home. I know it isn’t like she was off saving the world, but her acts of kindness toward the animal kingdom are very much to her credit, and well worth noting. And, yes, that had to be a whole lot of Friskies in the grocery basket, I’m sure.

So that day, when nothing seemed to make sense, when adoptions and ‘many years passed,’ and Fairy Princesses, long drives, and Google Maps all seemed to converge in one place, he showed up. When a long-awaited memorial service and a nervous old man needed some courage to speak, when that very same guy needed a sign that Heidi was okay and that all would be okay, and when Miss Petula Clark had come on the radio to sing once again, yes, she sent him. She had sent the church cat, the fellow in charge of it all to let me know that she’d heard me. She had sent to me a ‘mourning cat.’ Indeed, how many are the creatures who’ve mourned alongside us?

I will always wonder why the pedigrees of animals often make more sense or are clearer than our own. Some dogs have the most amazing lineage charts, and cats (while seeming to disdain such things as an actual “lineage”) often do the same. I do know that on this particular day I was sent a messenger. I know that (genealogically speaking) with regard to her life, or that of The Fairy Princess, her sister’s, or my own, that the appearance of said cat on that day must (in the end) ultimately go unmentioned in the pages of a family history. I believe that’s as it should be, and is, well, as she and the “mourning cat” intended. Thanks to that cat, though, I was able to stand up, and with limited courage and much conviction, give my say about my friend’s life so many years later. I should tell you, though, that said cat, once he had delivered his message to me, jumped up on a section of the pew, and, seating himself with much decorum and a proper sense of social distance, well, he did what any good mourning cat would do.

He promptly took a bath.

[1] My dear friend Heidi Hooper (b. 1951) passed away on 20 March 2017. The grieving process is a complex one, and each of us experiences it differently. Thank you for allowing me to share some of my experiences in knowing and remembering Heidi. For a more complete look at Heidi’s life, a link to her obituary is shown here: http://fluvannareview.com/2017/05/heidi-lenn-hooper/.

[3] “Blue,” an octogenarian character from the 2003 movie “Old School,” starring Will Ferrell.

[4] “Downtown” is a song written and produced by Tony Hatch which was recorded by Petula Clark in 1964.