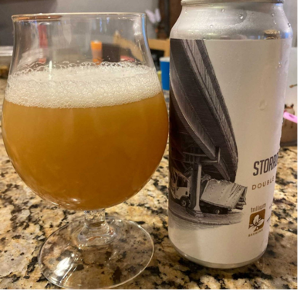 I’ve now lived in Boston for eighteen years. During the first five years I lived in three different Boston neighborhoods – Allston, Brighton, and Fenway, before buying our home in Jamaica Plain. All our apartment leases began on September 1st and ended the next year on August 31. As those who live in Boston know, September 1 is the big move in day for many college students and other residents. With many people moving out of one place by midnight and moving into another apartment the next morning, this can frequently create some chaotic situations! Lots of household furniture is left discarded on the curb (with city officials often giving bed bug warnings on beds and couches to any would-be takers).

Other residents may go out looking for used items for their own places and movers need to be on guard! 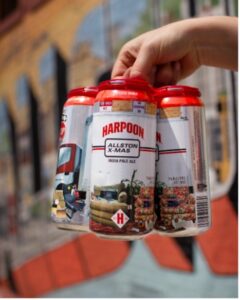 When packing your belongings into a moving truck, you’ll often need to make sure nothing is left outside for long as it may be scooped up rather quickly if it appears abandoned. In my first neighborhood of Allston, the September date was so commonly called “Allston Christmas” that, two years ago, Harpoon Brewery named a beer after the unofficial holiday, which they released again this year.

Another occurrence around move-in day (and sometimes other times of year) is seeing moving trucks getting “Storrowed.” This is the result of unfamiliar college students driving with moving trucks down Storrow Drive (which has a height limit of ten feet) and having the top of their truck get hit as it makes contact with a low bridge. Trillium, another brewery in Boston, named a beer after that local tradition. Both beers are excellent, for any readers who might be wondering!

What made me think of Boston’s move-in day was when I recently looked at some manuscript papers at NEHGS for members of the Willey family, who lived in Boston in the early twentieth century. Within these papers was a lease from 1918 for a five-room fourth floor apartment in Boston’s Beacon Hill neighborhood. There on the lease was the same dreaded move-in day: September 1st!

But what was more surprising was the rent. Four hundred twenty-five dollars a year, to be paid in monthly installments of just over thirty-five dollars! In 1918, thirty-five dollars was roughly equivalent to six hundred thirty-three dollars today. The same apartment today rents for almost five thousand dollars a month! While apartment leases are not preserved in the same way land records are, they certainly can give an insight into costs in previous eras. This lease provided zero help for the genealogical question I had pertaining to the Willey family, but it gave me some entertainment on Boston history!