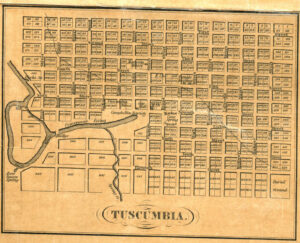 Interest in genealogy has increased dramatically since the introduction of DNA testing. With the United States long being considered a melting pot society, Americans have turned to DNA testing to discover what other ethnicities they can claim. DNA testing has also played an instrumental role in solving decades-old crimes, such as catching and prosecuting the Golden State Killer. However, what a lot of people probably don’t realize is that DNA can help solve genealogical mysteries, as well.

My family is one such example. Though we know quite a bit about my great-great-grandfather, a railroad engineer, who is the first traceable Carey in the United States, I have had no success in identifying who his parents were. He appears in the 1880 Census in Tuscumbia, Alabama and married in Tennessee a few years prior, and the same census also tells us that his birthplace, as well as the birthplaces of his parents, can be found in South Carolina. Unfortunately, that is all I knew. Researching earlier Careys was difficult without any information. The family surname is often misspelled in vital records, and I could only speculate as to their birth years. I assumed they were Irish, but I knew that there was a chance they were Scotch-Irish or Irish-Canadian, which made searching immigration records that much harder. I scoured cemeteries in South Carolina, tried to search orphanages, contacted numerous churches in search of baptismal records, and even bought a Ouija board! (I still haven’t had the courage to try out that medium, though.) Every time, I came up empty-handed.

I was curious if I had more Irish blood than my sisters, even though I lack their red hair…

After I uncovered the possibility of Spanish ancestry when doing research one night, I became intrigued. I wanted to learn if that was true, especially since the source isn’t always reliable, and if I was potentially related to a good friend of mine, who happens to have a large amount of Spanish ancestry. DNA testing was the only way to prove that with any certainty. I also wanted everyone in my immediate family to do it, so that I could see exactly how much Irish blood we have in us and how my siblings and I all compare. I was curious if I had more Irish blood than my sisters, even though I lack their red hair, and if my brother had more Italian blood, because he takes the most after our mom. Though I wasn’t successful in that regard, I did convince my dad to do one.

My dad’s DNA test came back claiming 96% of Irish heritage. That could only mean one thing – James Carey’s parents had to have been 100% Irish or my dad would not have as much Irish blood in him. (I knew that he wasn’t full Irish due to the fact that James Carey’s future daughter-in-law was part French.) Though I still don’t know who my great-great-great-grandparents were, DNA did prove one thing – they were Irish. Discovering their identities is still going to be difficult. I’m fairly certain that the necessary records were destroyed during the Civil War, and I’m pretty sure that they left Ireland during the early years of the potato famine, which easily caused the largest spike in Irish immigration in history, but at least now, with the help of DNA, my efforts are limited to one country instead of the world.

5 thoughts on “Narrowing the field”