For those of you who are familiar with the Berkshires, you will recognize this statue of a cat and dog spitting at each other as the centerpiece of an iconic fountain in downtown Stockbridge, Massachusetts. The statue sits in the intersection of South and Main Streets and entices travelers to explore beyond the famed Red Lion Inn. The sculpture has had a number of meanings attached to it over the years and has become a piece of Stockbridge history.

Residents of Stockbridge have a few people to thank for bringing them this interesting work of art. One of these people is John Hamilton Gourlie.

John Hamilton Gourlie was born in 1807 in the financial district of Manhattan. His father was a Scottish immigrant named Robert Gourlay. Gourlay arrived in New York sometime around 1804 and married a native New Yorker, Isabella Taylor. John made his living as a broker on Wall Street. He was the president of the New York Stock Exchange before announcing his retirement in 1858. He was a leader in the financial sector and took up certain political causes, such as Hungarian independence and addressing juvenile delinquency. His passion, however, was art and art collecting.

Gourlie was a member of several societies dedicated to the promotion of the arts. He was associated with the Apollo Association for the Promotion of the Fine Arts, the Mercantile Library Association, and the Laurel Hill Association. Over the course of his life, he made several trips across Europe looking for fine pieces of art to add to his collection. This can be seen in his numerous passport applications issued between 1840 and 1870. 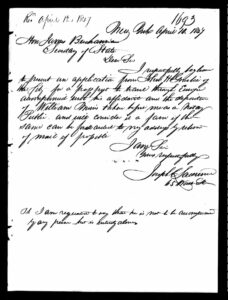 Like many wealthy New Yorkers at the time, Gourlie spent his summers in Stockbridge. Nearly every summer for thirty years he rented a house across the street from the Red Lion Inn with his two sisters. At some point, Gourlie had acquired the marble cat and dog statue from an artist in Italy and donated it to the town in 1862. Gourlie died in his home in New York City on 14 April 1891. Several news outlets in the Berkshires reported his death, making note of his renown and familiar presence in Stockbridge.

Today, the statue is a cement cast copy of the original. The replacement was commissioned in 1976 by Italian artist and Great Barrington resident Otello Guarducci. Over time the original had suffered damage from the plumbing system within it. And now it appears that these problems are happening again. A year ago, the town of Stockbridge dedicated some funds to a new restoration of the fountain brought about by plumbing issues and water damage.

The people of Stockbridge have adopted this statue as a piece of their history. After over 150 years they continue to ensure that this cat and dog keep spitting at each other. Let all admirers know that they have an Italian sculptor and a summer resident named John Hamilton Gourlie to thank for this unique sculpture.

Image of fountain courtesy of the Stockbridge Chamber of Commerce.