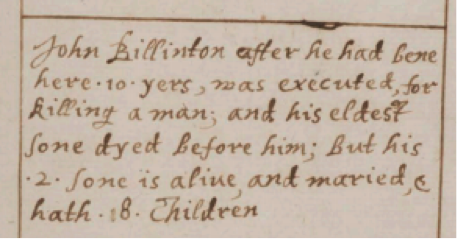 As this unusual year marking the 400th anniversary of the Mayflower’s arrival comes to an end, I’ll discuss a transcription “error” in William Bradford’s 1651 list of Mayflower “increasings” recently brought to my attention. 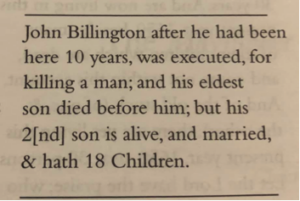 For our quadricentennial 1620-2020 commemorative issue of the Mayflower Descendant, I included items not normally found in the journal. These included a special editorial by Brenton Simons; “The Mayflower Compact”; a comparative list of what is now known of the Mayflower passengers versus what was known in 1920; and the aforementioned 1651 list. Earlier this year, we published a 400th anniversary edition of William Bradford’s Of Plimoth Plantation, edited and introduced by scholars Kenneth P. Minkema, Francis J. Bremer, and Jeremy D. Bangs, with a special introduction by Paula Peters of the Wampanoag tribe. For the 1651 list, I used the pages from our recent publication. 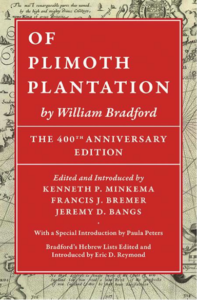 While I kept this list in the journal nearly identical to the version we published earlier this year, I added one annotation that while here the two servants of the Brewster family were Richard More “and another of his brothers,” this last is almost certainly a sister: Mary More. I made no other points or annotations on this list.

Then, of course, someone on a Billington Family Society Facebook group to which I belong pointed out the above transcription relating to our ancestor Francis Billington (John’s second son) having “18 Children.” This was clearly untrue, as Francis only had eight children by 1651 (with a ninth child born soon after). This escaped my notice, but as you can see from Bradford’s original writing above there is a small smudge before the 8 that could be (and was) read as a 1. This was how our 2020 version of Of Plimoth Plantation was published. This also escaped our notice because the “smudge” had never been mentioned in earlier publications of the history. Editions published in 1901, 1912, and 1928 (there are several more) all say:

Samuel Eliot Morison’s 1952 version, which had generally been my preferred version of the text before our publication this year, had instead spelled out of the numbers originally written as digits:

In a future printing, I would probably mark this entry as “8 Children,” with a footnote indicating a small smudge before the 8 has been mistaken as a 1 in some transcriptions.

Sometimes something that stares you in the face for so long is the most readily overlooked. Hopefully no one goes looking for an extra ten children of Francis Billington!

6 thoughts on “A small smudge”