Recently a colleague was interviewed for a UK radio show concerning his Mayflower ancestor Governor William Bradford and noticed an entry on a Wikipedia page regarding William Bradford’s descendants. I have long been aware of Hugh Hefner’s Mayflower line, as this has been mentioned in most of his biographies, and he even named his youngest child Cooper Bradford Hefner. Gary Boyd Roberts included the line (see below) in his recent publication, The Mayflower 500. Looking at the line over the years, I have never seen anything wrong with it. 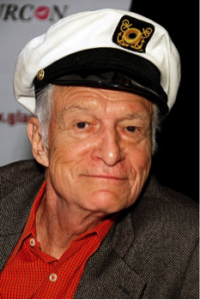 What does this claimed article “Letters” in the Mayflower Quarterly from 2006 say? Nothing! There is no article entitled “Letters.” Hefner does not appear in the index for this year (or the year before or after). Rich Hall, who has written several articles in the Mayflower Descendant on notable figures, also noted this on his website in 2015.

In looking at the “edit history” behind the Wikipedia page, the article on William Bradford’s descendants was created in 2010 when it was made into a new article from the primary page on the Plymouth Colony governor. That article was created in 2003, and Hugh Hefner as a Bradford descendant first appeared as “Trivia” on 3 April 2006 and was removed one month later. The trivia was added again in October 2006, and the section was changed to “Descendants” the following month, and several descendants were added to this section over the next several months.

Of course, anyone can add to a Wikipedia page…

The citation to the fictional article in Mayflower Quarterly was added in on 5 May 2007 by “DvonD,” and has remained there (and the successor descendants page) for thirteen years now! This Wikipedia editor added in several valid citations concerning other descendants, and it’s hard to say what the motivations were behind creating this hoax (all eleven edits were made on the same day). Given Hefner’s own biography, one possibility is that this editor was embarrassed.

Of course, anyone can add to a Wikipedia page, and thankfully this hoax does not seem to have gone much beyond these pages. Perhaps with this post it will go away for good! Below is Hugh Hefner’s valid (and not discredited) descent from Gov. William Bradford. 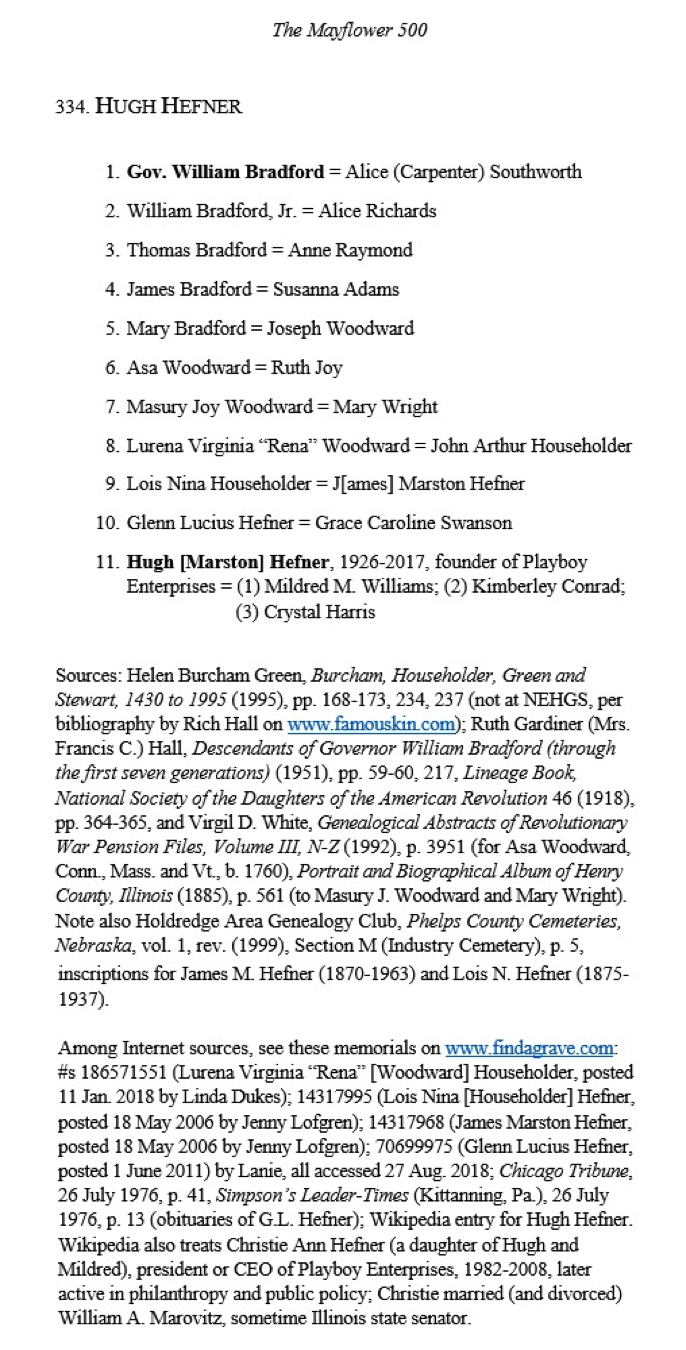