When Lin-Manuel Miranda’s Hamilton premiered on Disney+, I enjoyed watching the musical with my family. (My seven-year-old daughter’s favorite character was King George III!) This prompted me to look a bit more at Alexander Hamilton’s genealogy, which I had worked on a little bit years ago. Gary Boyd Robert’s The Royal Descents of 900 Immigrants shows a royal descent back from James II, King of Scotland (died 1460), through Alexander’s father James Hamilton of the West Indies. (Patrilineal descendants of Alexander have taken Y-DNA tests and matched descendants of related Scottish Hamilton families, for those various tall tales questioning Alexander’s paternity.)

However, what I had not realized was that Alexander Hamilton was still in touch with his father long after achieving renown in the new American government. The elder Hamilton (then living in St. Vincent, British West Indies) wrote his son a letter in 1793, when Alexander was serving as the first Secretary of the Treasury.

The website “Discovering Hamilton” provided some additional detail on James Hamilton’s life and included the reference (cited by Gertrude Atherton in The Conqueror, a novelized account of Alexander Hamilton’s life published in 1902) that James was buried at St. Vincent in 1799.

However, I was surprised at the remark “killed by Col. Baird.” Knowing Alexander Hamilton was killed by Vice-President Aaron Burr, I assumed this remark referred to the father, in which case three generations of Hamiltons – Alexander’s son Philip died via a duel in 1801 – were killed in a five-year period! Why hadn’t any historian talked about the elder Hamilton’s death? 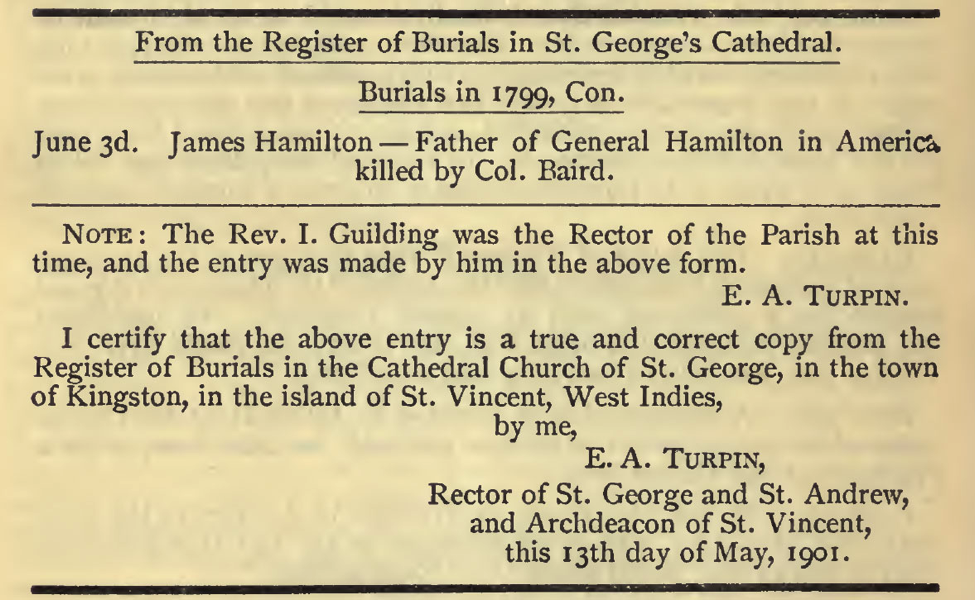 I searched for “Col. Baird” in St. Vincent and came up empty. Posting it to friends on Facebook sparked some interest, and genealogical colleague Henry Bisharat found another article, “Alexander Hamilton: The West Indian Founding Father,” written in 2004, stating that for “Col. Baird” was meant “Col. Burr.” (Aaron Burr’s highest rank in the Continental Army was Lieutenant Colonel.) Obviously! Now that all makes sense. The article mentioned that (like me), Florence Lewisohn[1] had “misread the entry, assuming that the victim was James Hamilton (senior).” Since the burial register was from 1799, and the Burr Hamilton duel was not until 1804, there was some later annotation to the burial register. Problem solved!

Since I do not have anything else to say about Hamilton’s genealogy, below is a chart showing one kinship (of several) between the three Schuyler sisters to three of the seven U.S. Presidents with Dutch ancestry! 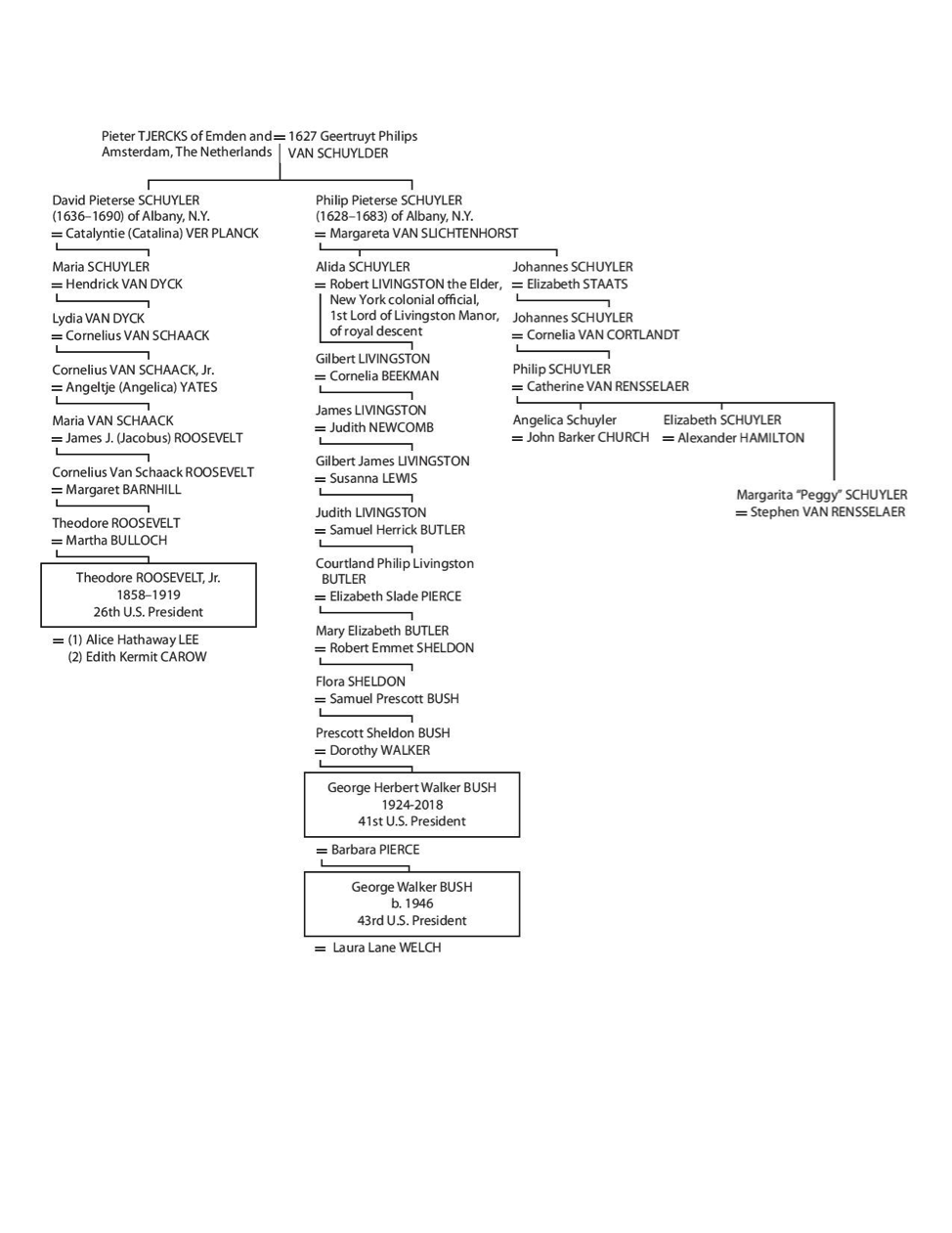