Just the other day, I found myself humming something that felt like an almost-forgotten song. As I hummed along (mindful of anyone thinking me completely bonkers), the tune brought me to a place I hadn’t expected to arrive. One couplet in particular tripped me up:

O Columbia! The gem of the ocean,

The home of the brave and the free…[1]

As I mulled through the verses of that old patriotic song, one word continually stood out. That word was “Columbia,” and I wondered to myself: “Where did that word come from?” Just who was Columbia? Had she fallen off the boat along with Christopher? (I mean, we Mayflower descendants understand all too well the “falling off” of boats, don’t we, John Howland?)

I wondered if the name Columbia had any connection to New England. As I looked into it, I found an answer I did not expect, and, yet, one that feels especially meaningful now, during the month of February (and maybe just a wee bit more because this is February 2020), as we celebrate Black History month. I’d like to celebrate how the spirit of “Columbia” is one that emanated from the life of Phillis Wheatley, and how this same spirit of Columbia is one that resonates within the e pluribus unum we all share. 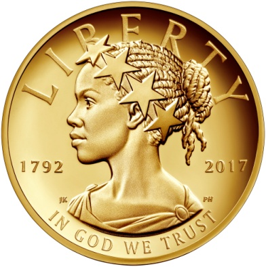 Phillis Wheatley was an enslaved woman from West Africa who likely came to New England during the 1770s. It is Phillis Wheatley who gave us our first known poetical use of the word “Columbia.” As a member of the Wheatley household in Boston, Phillis was taught to read and write by Mrs. Susanna Wheatley, who recognized that she was gifted and educated her for the larger world. To this end, Phillis far surpassed Mrs. Wheatley’s abilities, and as a patriot she sometimes wrote poems championing the revolutionary cause. One of her poems made its way in a letter to General Washington, who was so pleased by it that he arranged for a meeting with Phillis.[2] Interestingly enough, contained in Phillis’ poem to Washington was that one word that would shape an image of our nation – the first American mention of the name of the goddess Columbia.[3]

While freedom’s cause her anxious breast alarms,

She flashes dreadful in refulgent arms.

And nations gaze at scenes before unknown!

Involved in sorrows and the veil of the night!

And while use of the word “Columbia” looks to have predated the life of Phillis Wheatley, it was Phillis who first gave life and cause to the goddess’s good name.[4] (This word for our new country first appeared in England in The Gentleman’s Magazine in 1738.) Phillis’s invocation of the word as the goddess’s name helped shape our American spirit. I think it’s safe to say that we owe Phillis a debt of gratitude for bringing the meaning of “our Columbia” home, and for providing us an image of a more benevolent America – one we often desperately need, and one distinct from our lovable but sometimes irascible Uncle Sam.

So I hope that Skip Gates will forgive me in my ignorance as I sing out a bit about Phillis Wheatley today, and celebrate her life during this Black History month for 2020. Her contribution of Columbia represents a beautiful and radiant aspect of what can often be the tarnished guiding light of our American spirit. A contribution that an old white guy flower child in California is happy to have finally learned about … and one he will not soon forget.