American Ancestors recently shared, via social media and The Weekly Genealogist, the news that the Rev. Thomas Cary’s diary (owned by NEHGS) was mentioned in a Ben Franklin’s World podcast. His diary was among the documents Susan Clair Imbaratto consulted in writing Sarah Gray Cary from Boston to Grenada: Shifting Fortunes of an American Family, 1753–1825. Combined with the anniversary of my own visit to the Chelsea, Massachusetts house in which Sarah (Gray) Cary and her husband — Thomas’s brother Samuel — lived, this news seemed like a clear invitation to write another blog post about the family.

This time I wanted to focus on Thomas’s life as a minister, a topic very close to my heart since my husband is also a minister. While the life of an eighteenth/nineteenth-century Congregational cleric has some profound differences from that of a twentieth/twenty-first-century Episcopal priest, I’ve found many diary entries that resonate with personal experience. 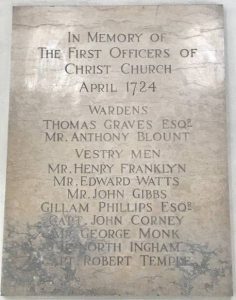 In a strange coincidence, I discovered on the very day of my visit to the Bellingham-Cary House that Thomas’s maternal grandfather, the Hon. Dr. Thomas Graves, helped found the Episcopal parish of Christ Church in Boston … better known as the Old North Church. In fact, Thomas’s mother inherited the Cary house in Chelsea through the marriage of Thomas Graves to his second wife. I confess that I never imagined that sidebar to this story!

The first two years of Thomas Cary’s diary record details of his school-keeping experience, and in the third year details begin to emerge about his studies with Mr. Barnard, pastor of the First Church in Haverhill. Thomas only ever refers to his tutor and sometime-landlady as Mr. and Mrs. Barnard, but this seems oddly formal to modern readers if they understand that Edward Barnard was not only married to Sarah Cary, Thomas’s father’s half-sister, but was also a son of Sarah Martyn, sister to Thomas’s step-grandmother.

Also mentioned is Mr. Barnard of Salem; this would be the Rev. Thomas Barnard, Edward’s brother. His son Thomas Barnard Jr. was also a Salem minister and became a “lead character” in Leslie’s Retreat, an incident on 26 February 1775 that nearly became the first shot in the American Revolution.

“January 25 1768 The Church met & voted to give Me a Call, 20 Members were present, 12 Voted for it, 5 ag^t it & 3 stood neuter, Febr^y the 1st The Parish met & concurred with the Churches [sic] Vote, & Voted also to give Me £750 Salary[,] the weekly Contribution, the Use of the Parsonage Lands, & to find Me a Parsonage House. Most of those who dissented in the Church now voted in favor of the Proceeding, & Seven of the Parish opposed. March 9th gave my Answer in the Negative[.] March 17th The Parish met & voted £25 as an Addition to my Salary. March 25 Accepted the Call of the First Parish in Newburyport. May 11th I was ordained[.] Mr Johnson of Newbury began with Prayer. Mr Barnard of Haverhill preached 2 Cor[inthians] 12, 15–18[.] Mr Wingate of Almsbury [Amesbury] gave the Charge[.] Mr Prentice of Charlestown gave the right hand of Fellowship. Mr Fogg of Kensington concluded with Prayers—“

I confess that I think Thomas was a little stingy in refusing the parish’s first offer, since he later accepted it with only a 3.2% salary increase. Also, the Biblical text his uncle preached on seemed so bizarre when I looked up the citation that I had to double-check it … which fortunately was possible, since it was printed by Edes and Gill and is available both online as a Google Book and in several historic reprint formats.

6 thoughts on “Call to ministry”