There are no right answers here, but my choice for the greatest Christmas movie of all-time is A Christmas Story. You can’t convince me otherwise. I love it so much that I bought a leg lamp for our front window. Every year, even before we’ve purchased a tree, the leg lamp makes its appearance—and we have copious amounts of glue, should anything happen.

Beyond nostalgia and tradition, the subtle one-liners are the movie’s greatest strength. Some of my favorites, in no particular order:1

I can’t remember the first time I saw A Christmas Story, but after the fourth or fifth time watching it, the word “deranged” became part of my vocabulary. I didn’t look up the definition, but from context clues I knew it meant “wacky,” “silly,” “insane,” or something to that effect. So, when I started work on a project for the Society of the Cincinnati—the nation’s oldest patriotic organization, founded in 1783 by officers of the Continental Army who served together in the American Revolution—I was surprised to see the word “deranged” used as a description of one’s military service. END_OF_DOCUMENT_TOKEN_TO_BE_REPLACED 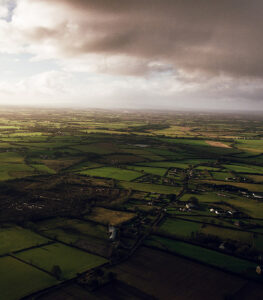 How did our Irish tenant ancestors earn the money they needed to pay their yearly rent? One possibility: they travelled to Great Britain to work for the summer.

A common occurrence in many parts of Ireland in the 1800s, the Irish harvest migration was a well-established means of earning a living. In the spring an Irish cottier would plant his potatoes, cut his turf, and possibly plant some oats. By late spring, little needed to be done on the farm until the fall harvest, giving the farmer time to take on supplementary work elsewhere. One option was to sail to Great Britain and find agricultural work for the summer. When the harvest was done in Britain, the farmer would return to Ireland for the fall, leaving enough time to bring in his potatoes and harvest any other crops. But most importantly, he would return home with cash to pay the landlord for his lease.

END_OF_DOCUMENT_TOKEN_TO_BE_REPLACED

Shakers didn’t hold with violence, so I was intrigued to come across the story of Caleb Marshall Dyer, believed to be the only Shaker murder victim in history. A respected leader in his community, he was killed in a dispute with a local man over custody of the man’s daughters, who had been entrusted to the Shakers of Enfield for a period of time. Ironically, I only became aware of Caleb Dyer because of his involvement in an earlier custody dispute—that time not as a community leader, but as one of the children in question. END_OF_DOCUMENT_TOKEN_TO_BE_REPLACED

I recently went searching through newspaper records for information about the family of John Doane of Eastham for the next Early New England Families (ENEF) sketch. Newspaper resources about 17th– and 18th-century families are rare, but do exist for larger cities such as Boston. I happened upon the following abstract from the Boston New-Letter:

Um. I had the marriage of Hannah Hobart to John Doane, all right, but two more husbands? END_OF_DOCUMENT_TOKEN_TO_BE_REPLACED