There are Remembering Days when we remember stories about family lives for the benefit of our descendants. There are Researching Days when we hunt for clues to our ancestors’ lives and their stories. And there are Underwear Days, when Remembering and Researching get tangled up in a pile on the floor, just like those mornings when you can’t get your feet out of your underwear, lose your balance, and fall over (especially when some jokester flings open the bedroom door and yells “freeze, sucker!!”). Underwear Days. END_OF_DOCUMENT_TOKEN_TO_BE_REPLACED

Goldsborough Banyar (or Goldsbrow Banyer)[1] was my great-great-grandmother’s great-grandfather, and an important figure in late colonial and early Federal New York. Perhaps because he spent much of his career in Albany, and the surname died out – despite heroic efforts by Goldsborough, his daughter, his grandson, and his great-grandson – the origins of the Banyar family have been lost. While his descendants have given masses of papers to the New-York Historical Society, nothing in that collection seems to yield a clue about who he was before he came to New York as a young man. His name, Goldsborough, should be a clue – and so it appears to be. END_OF_DOCUMENT_TOKEN_TO_BE_REPLACED

A recent news article discussed the current use of an old Boston cemetery, with the permission of the church, as a dog park, prompting a neighborhood discussion. (This reminded me of David Lambert’s post on finding a gravestone on the wall of a church bathroom.) The church, First Church in Jamaica Plain, Unitarian Universalist, is located about a mile from my home. Founded in 1769 as the Third Parish of Roxbury, I had mentioned the church in a post I wrote last year about the “Genealogy of Churches” in Roxbury (now Boston). This cemetery has also been called the Jamaica Plain Burial Ground and Jamaica Plain Cemetery. END_OF_DOCUMENT_TOKEN_TO_BE_REPLACED

With all of their ‘lives’ so scattered about, I really had nowhere to run and certainly nowhere to hide. There were papers and pictures everywhere, and in the midst of the fray of utter ancestry I caught my grandmother “Miss Ogle” (no pun intended…) staring back at me. Carefree and young in her photograph, she ‘watched’ as I rifled through my great ‘genealogical reduction.’ Her gaze appeared to crisscross over all those lives, and over the hodgepodge of paperwork connecting me to a host of pilgrims and witches … and other assorted knuckleheads. From her grainy Kodak vantage point, Miss Ogle seemed to smirk in humorous disbelief at my genealogical disarray as if to say “Well, isn’t that just the living end…”[1] The only thing I could think in reply to the memory of her long-ago voice in that near-forgotten photo was“Sorry grandma. I need to. It’s time.” END_OF_DOCUMENT_TOKEN_TO_BE_REPLACED

Recently a genealogical colleague made a Facebook post on his “newly discovered philoprogenitive” ancestor. This was a word I had to look up, with the colleague referring to its definition of “producing many offspring.” This prompted me to explore who in my own ancestry had the most children.

My recent post on my New Hampshire ancestress Mary (Carter) (Wyman) Batchelder noted that her second husband Nathaniel Batchelder (ca. 1630-1709/10) had seventeen children, fourteen of whom  survived to adulthood; Nathaniel is only my “step-ancestor,” and Mary had a mere ten children by her two husbands. For cousins, I have written about my distant relative Warren Gould Child (1835-1906), an early member of the Latter Day Saints movement, who had twenty-five children with three of his four wives.[1] END_OF_DOCUMENT_TOKEN_TO_BE_REPLACED 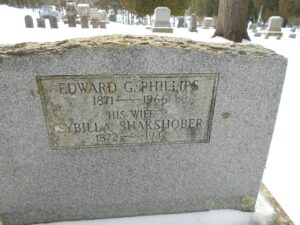 Many years beyond the lifetime of Sybilla Shakshober Phillips (1872-1947), I discovered a pocket-sized daybook in my grandmother’s living room cabinet, which turned out to be a Masonic almanac or “National Diary” registered in 1879 for the Year 1880. In pencil on the flyleaf was written: “Miss Sybilla Shakshober.” Several pages in the front and throughout the volume were removed and only a few pages had been used at all. One or more members of the family had sporadically used the book for household accounting before it fell into the hands of young Sybilla, who mimicked its adult style by recording her transactions. END_OF_DOCUMENT_TOKEN_TO_BE_REPLACED

When the trailer for In the Heights was released in late 2019, I got flashbacks of my childhood and I couldn’t wait to watch it. I never got the opportunity to see the musical live, but I am drawn to anything about the neighborhood of Washington Heights in New York City, since it was the backdrop to my more recent family history: it’s where I spent my formative years and where my parents met and fell in love. END_OF_DOCUMENT_TOKEN_TO_BE_REPLACED

There was a great commotion in the room that day, a veritable kerfuffle you might call it. I both saw and heard the doctor yell “Get me her chart,” as a well-practiced melee ensued. Our baby girl had just been born, and she was neatly being held by an overprotective nurse. I looked over from our baby to my wife, then to the doctor, and around in disbelief; my wife was exhausted and under an unwonted sort of anesthesia. “Was there something wrong with our baby? Was my wife going to be okay?” END_OF_DOCUMENT_TOKEN_TO_BE_REPLACED

I was scanning the children’s book reviews in Horn Book Magazine when my eyes fell upon the title Watercress (2021) by Andrea Wang. “A girl in cutoffs and a T-shirt is embarrassed when her parents stop the car to pick wild watercress growing by the side of the road; she doesn’t understand why her family has to be so different from everyone else,” read the summary in the review.

I knew I had to get my hands on this book—the word watercress plunged me deep into nostalgia. END_OF_DOCUMENT_TOKEN_TO_BE_REPLACED 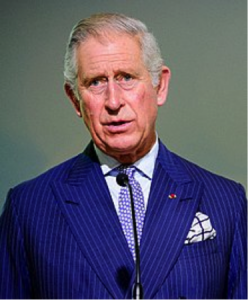 With Prince Philip’s recent death, Prince Charles has succeeded his father as the 2nd Duke of Edinburgh. This is the third creation of the dukedom,[1] most recently bestowed upon Prince Philip in 1947 as the son-in-law of King George VI, and limited to Philip’s male-line descendants. In 1999, it was announced that Prince Philip’s youngest son, Prince Edward, Earl of Wessex, would follow his father as Duke of Edinburgh when the present title “eventually reverts to the Crown.” With Charles now bearing the title, a fourth creation of the dukedom should ensue on the eventual passing of Queen Elizabeth II, when Prince Charles would succeed as monarch and all his current titles are then available for new creations. However, there are a few extremely unlikely possibilities that would not make Prince Edward the Duke of Edinburgh of the fourth creation quite yet. END_OF_DOCUMENT_TOKEN_TO_BE_REPLACED