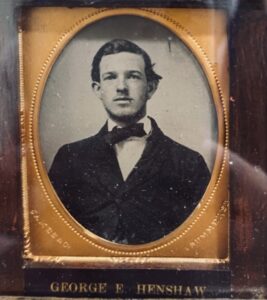 On my first day working at New England Historic Genealogical Society, I noticed a collection of framed ambrotype photographs of founding members of NEHGS, taken in the 1850s. While the vast majority of the men in the photographs were in their older years, one man was visibly younger than the rest—he seemed to be in his early 20s, with dark hair and a tilted bow tie. Under his image was the name George E. Henshaw. When I got home that night, still curious, I looked to see what information I could glean about this young founder. To my surprise, I found a detailed biography of George E. Henshaw’s life in Volume 5 of the Memorial Biographies of New England Historic Genealogical Society, 1853-1855. END_OF_DOCUMENT_TOKEN_TO_BE_REPLACED 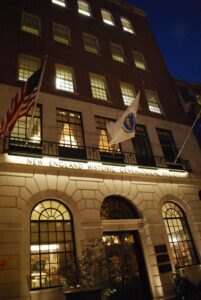 Looking back at the top ten most popular posts for the period 2014-2022, I am struck by the top three: Jean Maguire’s announcement that the legendary Boston Transcript genealogical column (1911-41) was now available online, and Penny Stratton’s twin posts on elements of style: how not to make words plural, and how to feature dates in genealogical works. These three posts, from 2015 and 2016, account for about 77,000 page views, and no doubt they have driven traffic to other posts over the years. END_OF_DOCUMENT_TOKEN_TO_BE_REPLACED

Known as the oldest Catholic cemetery in Boston, Saint Augustine Cemetery in South Boston will celebrate its two hundred and third anniversary in 2021. Built in 1818 by the first Catholic Bishop of Massachusetts, Fr. John Louis Ann Magdalen Lefebvre de Cheverus (1768-1836), the cemetery’s first burial was that of  Fr. Francis Anthony Matignon, one of the first Catholic priests in Massachusetts. Less than a year later, on 4 July 1819, the Saint Augustine Chapel was inaugurated as a mortuary chapel to honor Fr. Matignon. The Saint Augustine Chapel is, to this day, the oldest surviving Catholic church and Gothic Revival church in Massachusetts.[1] END_OF_DOCUMENT_TOKEN_TO_BE_REPLACED 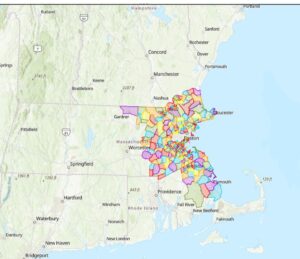 One of our newest tools, launched last year, is the Archdiocese of Boston: Parish Boundary Map. It was created by the Archive Department of the Archdiocese of Boston. This interactive map is a visual tool that can help you understand which Catholic churches existed in a particular neighborhood or town in the greater Boston area. It should be used in conjunction with our Historic Catholic Records Online project. END_OF_DOCUMENT_TOKEN_TO_BE_REPLACED

END_OF_DOCUMENT_TOKEN_TO_BE_REPLACED 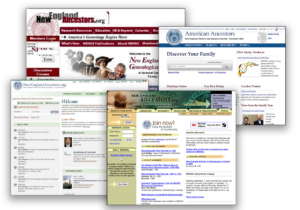 As we are celebrating the 175th anniversary of NEHGS during 2020, I wanted to explore the history and present of our website, AmericanAncestors.org. I can’t cover the entire history of the our website in one brief post, but as I spoke to my colleagues who have worked at NEHGS for many more years than I, I found many parallels between our work today and the website of the past. END_OF_DOCUMENT_TOKEN_TO_BE_REPLACED

On Thursday, 18 March 1920, NEHGS celebrated its 75th anniversary of incorporation—to the day—and recognized the 300th anniversary of the landing of the Pilgrims. From 2 to 6 p.m. that day, the Society welcomed the public to an open house at “its spick and span headquarters,” then located at 9 Ashburton Place in Boston, near the Massachusetts State House. Guides greeted the visitors and introduced them to the Society and its collections. Tea was served. END_OF_DOCUMENT_TOKEN_TO_BE_REPLACED

I prefer to work on the Early New England Families Study Project (ENEF) sketches by myself, surveying literature, digging into primary sources, organizing, and immersing myself in the subject, so that I do not have to deal with teaching someone else to do things the way I want them done.

However, a nice NEHGS member, Barry E. Hinman of California, Librarian Emeritus of Stanford University, recently donated access to his digital manuscript collection for use by NEHGS authors, including ENEF and the Great Migration Study Project (GM). Barry’s many credits include articles that have been published in the New England Historical and Genealogical Register.[1] END_OF_DOCUMENT_TOKEN_TO_BE_REPLACED 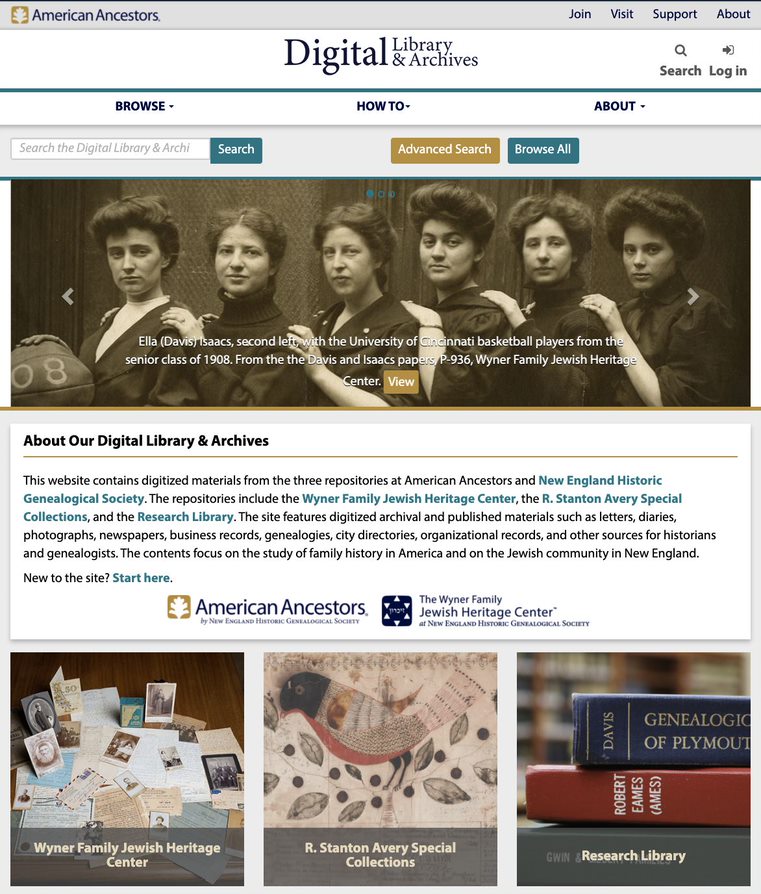