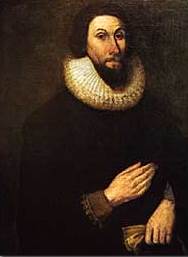 In December 1648, Lucy (Winthrop) Downing sent her nephew John2 Winthrop a letter full of family news: her husband, Emmanuel Downing, had been at the birth of John’s baby half-brother, Joshua, the week before, and “I belleeue our cosen Dorithe Simonds is nowe wonne and weded to Mr. Harrison the Virginia minister.” Sounding at once like a modern-day gossip and a character in Pride and Prejudice, Mrs. Downing also noted that her daughter Lucy would probably soon marry: she “was a little [while ago] goeinge to be maryed to Mr. Eyers sonne Thomas I meane, but he had not yet art enough to carye his [court]ship, so they turnd backe, and nowe wee are apon an earnest motion with Mr. William Norton. The man is verye fayer, but she hath not yet forgotten Mr. Eyers his fresh red [sic] but hath goten some obiections concer[n]inge Mr. Norton, which are nowe sent to be answeered by [William’s brother] Mr. Jhon Norton…”[1] END_OF_DOCUMENT_TOKEN_TO_BE_REPLACED 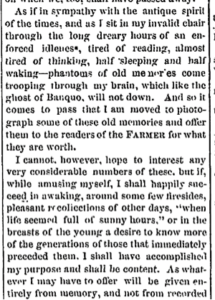 I recently remarked to Son how it seemed to me that as I age my family history research becomes more like nostalgia, a walk down Memory Lane, and increasingly frequent but random reminiscences. Eschewing the expected age jokes, Son promptly provided me with several columns in the Maine Farmer newspaper written between October 1876 and May 1877 by one “D.C.” and entitled “Random Thoughts and Recollections.” D.C. wrote more than ten columns in the slightly purple style of the times about his memories of people, places, and events, a gold mine of information about places and people in the 1820s and 1830s, Augusta and Hallowell, Maine in particular. END_OF_DOCUMENT_TOKEN_TO_BE_REPLACED

Sometimes one loses perspective on one’s researches, so when I say that the identity of Master James Livingston, a younger son of the 4th Lord Livingston, is a problem for the ages – a quandary for which many await resolution – I may be overstating things a little. Still, he is one of several men in the ancestry of the American Livingston family whose life, and whose marriage(s) and child(ren), has long been a puzzle. END_OF_DOCUMENT_TOKEN_TO_BE_REPLACED

We are often ‘best known’ by the mementos we leave behind. After we’ve passed, an old picture book, pocket knife, glass dish, or a diary may be all that’s left to provide any clue as to who we were in life, or what may have mattered to us. As years go by, and that old picture book gets torn apart, or Cousin Johnnie misplaces the pocket knife and Niece Mary gives the glass dish away at a bake sale, well, there often isn’t much ‘left’ of anyone or even anything left to tell. While we are all so much more than just the sum total of our possessions, it can be a harder story to tell once those pieces may have lost their meaning or become scattered. It’s even more difficult when there weren’t very many to start with. END_OF_DOCUMENT_TOKEN_TO_BE_REPLACED 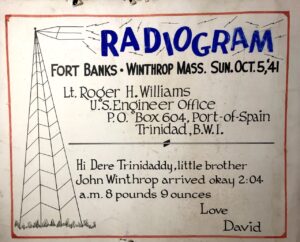 Dad was a Corps of Engineers combat engineer stationed at Trinidad, British West Indies. Mom and David, their firstborn, were living with her parents in Natick, Massachusetts, with plans to join Dad in Trinidad once the baby was born. END_OF_DOCUMENT_TOKEN_TO_BE_REPLACED 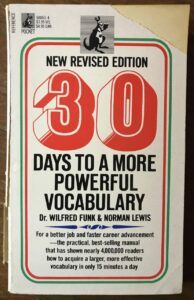 Accuracy does matter. Chronology matters. Details matter. In fact, the tiniest detail can be the clue that turns a theory on its head or knocks down a brick wall. Details, however minor (and one can certainly make the argument that there are no minor details in genealogy), can also bring a story alive. END_OF_DOCUMENT_TOKEN_TO_BE_REPLACED

For those of you who are familiar with the Berkshires, you will recognize this statue of a cat and dog spitting at each other as the centerpiece of an iconic fountain in downtown Stockbridge, Massachusetts. The statue sits in the intersection of South and Main Streets and entices travelers to explore beyond the famed Red Lion Inn. The sculpture has had a number of meanings attached to it over the years and has become a piece of Stockbridge history. END_OF_DOCUMENT_TOKEN_TO_BE_REPLACED

In 1982, when I discovered my mother’s great-grandfather, Azorean immigrant Marion Sylvia (ca. 1847–1924), Mom asked me, “How much Portuguese ancestry do I have?” Marion remains my only identified maternal forebear without any links to the British Isles. Long before DNA analysis, I calculated Mom’s Portuguese ethnicity at 12.5%, with her mother at 25%, and her maternal grandmother, Marion’s daughter, at 50%. Now, we all know these percentages may not match the amount of atDNA after four or five generations. END_OF_DOCUMENT_TOKEN_TO_BE_REPLACED 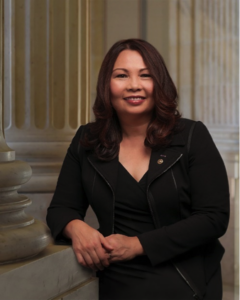 When editing an article for the Mayflower Descendant, I try to look for references the author might have missed, which, in turn, can sometimes lead down a rabbit hole of further information only tangentially related to the article at hand. The following concerns an upcoming article in our Winter Issue by Rich Hall on the Mayflower ancestry of U.S. Senator Tammy Duckworth of Illinois. The article is quite interesting, as it adds an additional generation on Senator Duckworth’s lineage for which she joined the Daughters of the American Revolution.[1] The Senator’s line has a number of generations of people marrying several times, with spouses who were also married several times. The following is one such example. END_OF_DOCUMENT_TOKEN_TO_BE_REPLACED

During the First World War, the rulers of Germany and Great Britain were first cousins – and King George V of Great Britain had no agreed-upon surname. Whatever the family name was, it was German. This situation led to a wholesale renaming of the royal family (as the House of Windsor) and the ceding of assorted German titles for equivalents in the British peerage system. END_OF_DOCUMENT_TOKEN_TO_BE_REPLACED