I had stepped away from the holograms, weary, my brain consumed with the stories and research those images contained. I had come to Vita Brevis, really quite by accident, while researching the ancestry of my “several times over” Great-Grandfather Record, his rumored Mayflower ties, and the family’s legend of a Good Witch, a woman who’d lived in the old megapolitan areas surrounding early 21st-century Los Angeles. Someone had mentioned at the NEHGS Quincentenary Dinner that I should look into what they had once called “blogs,” the old “posts” out there in the archival ether – that there I might find clues about the people I seeking. They’d said Vita Brevis had been around now for literally centuries, and that while the postings there had gone through some name and ‘holographic changes’ over the past three hundred years or so, that, still, I might be able to find the answers to my questions… END_OF_DOCUMENT_TOKEN_TO_BE_REPLACED

When I became Editor-in-Chief at NEHGS in June 2013, one of the new initiatives Ryan Woods and I discussed was a blog for the Society. Current and former colleagues worked with me to establish the blog’s purpose and name, and – in time – got me set up on WordPress. (Two years later, when I was on a sabbatical, three current and former colleagues managed the blog in my absence.) So Vita Brevis has been a cooperative venture from the beginning, relying on the energy and commitment of the NEHGS staff and some dedicated outside contributors to produce fresh content. END_OF_DOCUMENT_TOKEN_TO_BE_REPLACED

When I was in school, I was better at English than math, but there were still a few sticky wickets I had to deal with. I could not spell. I missed the first day on “adverbs” and never caught up. I hated reading “essays.”

The “essay” is simply a “short piece of writing on a particular subject,” but as I remember it, we were assigned readings from men like Thoreau, Emerson, and Socrates which mostly just blew over my young teen-aged head. I vowed that whatever I did when I grew up, it would not involve writing essays.

Hmm. Well, when Scott Steward reminded me that we are celebrating the fifth anniversary of Vita Brevis, I was rather startled to realize that I have been writing essays for five years. END_OF_DOCUMENT_TOKEN_TO_BE_REPLACED 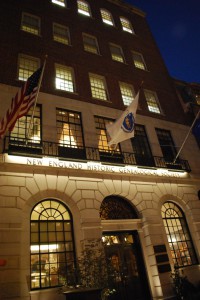 The blog has 105 official users, with eleven administrators and 94 authors.[2]

[Editor’s note: Vita Brevis will mark its fifth anniversary on Wednesday. The blog launched with some early posts on 2 January 2014; the official launch followed on 10 January 2014.] 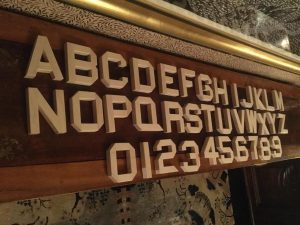 Over the years, my efforts in tracing my family history have morphed from old-fashioned paper research to computer research to concentrating on the stories of my ancestors, whether I knew them personally or not. Family stories are what give life and voice to those who have “moved on.” And how much do you really know about the early lives of your living relatives, especially those with decades of stories to share? Talking to our “elders,” listening to stories of other families, or reading about other researchers’ exploits, techniques, failures, and successes are a few ways to dig out the stories. Reading posts on Vita Brevis is another wonderful resource. END_OF_DOCUMENT_TOKEN_TO_BE_REPLACED

In the category of things requested were the latest mystery novel by my distant cousin, Cynthia Riggs, whose house on Martha’s Vineyard I wrote about last June; a very back issue of Historic Nantucket, the magazine of the Nantucket Historical Association; and a book published this year by history professor Everett U. Crosby. END_OF_DOCUMENT_TOKEN_TO_BE_REPLACED

In a few days’ time the blog will celebrate its fifth anniversary. Here, to review the year just ended, are some posts from the second half of 2018 demonstrating the range of material published at Vita Brevis. 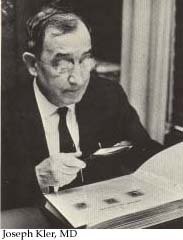 In July, Meaghan E. H. Siekman wrote about her great-grandfather, the Chicago-born son of Czech immigrants who

spent his lifetime chasing the American dream and preserving a history which was not directly his own, as none of his ancestors ever lived in colonial America. Evidence of the importance of American history in his life can be found in his obituary, which focuses more on his collections [parts of which ended up in the Smithsonian Institution] and preservation work than his career in medicine. END_OF_DOCUMENT_TOKEN_TO_BE_REPLACED